Challenges for the USA in East Asia

Greetings from University House at the Australian National University in Canberra, where a panel of experts is discussing possible military conflict, as a result of the USA's ‘pivot’ to Asia. The panel is chaired by Andrew Carr.

The event announcement, somewhat provocatively, had a photo of a US Carrier strike group, the symbol of American power in the Pacific, on the event announcement. Coincidently in 1997, I visited the USS Blue Ridge, flagship of the 7th Fleet, when on exercise with Australian Defence Force. 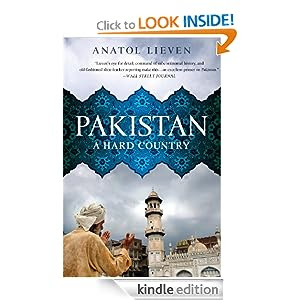 The first speaker is Professor Anatol Lieven, Department of War Studies, King's College London and author of Anatol Lieven is author of Pakistan: A Hard Country

. He started that even if Romney wins the US election, it will make little difference to US foreign policy. But Dr. Lieven asked if the PLAN would intervene in Indonesia in the event of unrest which threatened ethic Chinese. He also pointed out that Vietnam is likely to be allied with the USA in the future, due to its strategic location.

The second speaker Dr Benjamin Schreer asserted that Australia did not need to spend any time working out if it would support China or the USA in any hypothetical conflict, as Australia has already decided to back the USA.

Professor John Hart detailed the US presidential system, with its system of an electoral college. He argued that Obama is vulnerable due to a small margin in some states. He pointed out the Romney was "playing the China card", although this is likely just election rhetoric, with President Clinton's rhetoric on Chinese human rights disappearing after a week in office. Professor Hart described Paul Ryan as "a disastrous choice", as his policies will not be popular with Florida voters.

In my view, the "pivot" to Asia by the USA was dramatically announced by President Obama to the Australian Parliament, on 17 November 2011, a few km from where I am sitting. President Obama underlined his words by addressing US and Australian troops in Darwin. He emphasized that Australia had joined the USA in in every major conflict of the past hundred years. By doing so in Australia, there was tacit endorsement of the US pivot, by Australia and commitment to support the USA militarily in any conflict in Asia.

In supporting the USA in Asia, Australia needs to keep in mind the limits to US military power. The USA has 11 carrier strike groups. Of these only the U.S. Seventh Fleet is dedicated to the Western Pacific. The U.S. Fifth Fleet patrols the Persian Gulf and East Africa and might transit the Indian Ocean in an emergency. This was demonstrated in 1996, when the Nimitz battle group transited at speed from the Persian Gulf, to support Taiwan during the 1995–1996 Taiwan Strait Crisis. However, the USA has a relatively small number of groups to cover the globe. An determined enemy could exploit tension, or manufacture it, in several locations, to tie down US forces.

With the delivery of two Canberra class Landing Helicopter Dock (LHD) ships and Hobart class air warfare destroyers, Australia will have the nucleus of a carrier battle group. This would require the addition of the F-35B short takeoff and vertical landing (STOVL) variant of the Lockheed Martin F-35 Lightning II. Australia has not ordered the F-35B, but a variation in the order for the F-35A would be relatively simple (the UK has demonstrated this by changing its F-35 variant order twice). Apart from future us with the F-35B there is no credible explanation for Australia ordering two ships equipped with ski-jump ramps for STOVL aircraft. The ramps severely reduce the effectiveness of the ships as helicopter carriers and could have been easily omitted during construction. The Air Warfare Destroyers would also need to be equipped with anti-ballistic missiles, which they are designed for, but which have not been ordered.

I asked the panel what effect the current arms race in Asia, with nationals purchaing submarines, aircraft carriers, blasitc missile systems. Dr Schreer pointed out that it will decades, if ever, before the PLAN have a credible aircraft carrier. He expressed concern about a lack of procedures for de-conflicting in the South China Sea, where tensions could escilate, simply because the forces involved do not have procedures for communication with each other in the event of an incident.

Dr Schreer asserted the US carrier strike groups will remain an effective tool and the USA would not tolerate one being sunk. However, it occurred to me that a determined enemy may instead target an allied aircraft carrier, or helicopter ship, of Japan, South Korea or Australia, to send a message to the USA.
Posted by Tom Worthington at 6:05 PM