Grapes of Wrath in the Pacific

On Friday I attended a performance of The Grapes of Wrath at the New Theatre, Sydney. This play is adapted by Frank Galati from John Steinbeck’s novel. As someone in the row behind me kept loudly telling their companion: this play is relentlessly depressing.

This is a relatively straightforward adaption of the book, about  tenant farmers driven from the US Midwest by drought and economic depression. The promised land of California, proved not to be paradise with labor contractors conspiring with authorities to exploit itinerant workers.

While well directed, acted and with imaginative set design, I wondered how relevant this story of exploitation in the USA was to Australia today.  Then I recalled an Australian politician saying that pacific islanders should not complain about being driven from their land by rising sea levels, as they could always get work picking fruit in Australia.

Posted by Tom Worthington at 10:34 AM No comments:

Greetings from the Canberra launch of GovHack 2019. This is the tenth year of the GovHack completion where teams have a few days to build an application using open government data. This is hosted by the Australian National University for 2019. It happens  have just come from the launch of the Square One co-working space at ANU, next door.
Posted by Tom Worthington at 6:34 PM No comments: 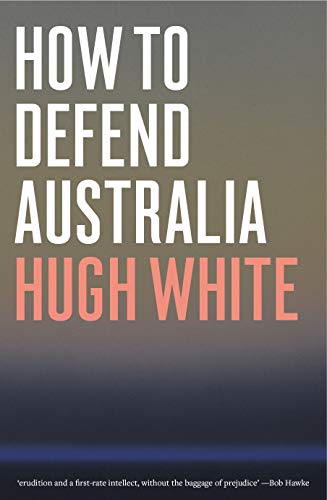 Greetings from the National Gallery of Australia, where I am taking part in "Australia 360", a conference on regional security hosted by the Australian National University. The morning had conventional panels of security experts. The afternoon started with Professor Hugh White's provocative views, in his new book "How to Defend Australia". To make it more interactive we are being polled on questions to do with China, Australia, and the region, with the results displayed on a large screen, and Associate Professor Nicholas Farrelly, as the MC, walking around the floor getting the views of delegates. Professor Rory Medcalf quipped the MC could host a game show called "Geopolitical Survivor". My contribution was to suggest a 360 view should also include the role of India.


"Panel 3: How to defend Australia

This session is an interactive, hands-on component delving into the hard choices Australia has to make about its defence as the world rapidly changes.

Posted by Tom Worthington at 2:14 PM No comments:

Memoir from Programmer of the Apollo 11 Lunar Module

The book "Sunburst and Luminary: An Apollo Memoir" by
Don Eyles relates his experience programming the computer on the Apollo Lunar Module. This is a relatively modest first person recounting of someone who fell into computer programming, and ended up on the Apollo program as their first assignment. It would be useful for students who have ambitions of a career in computing to read.


"In 1966 the author, newly graduated from college, went to work for the MIT laboratory where the Apollo guidance system was designed. His assignment was to program the complex lunar landing phase in the Lunar Module's onboard computer. As Apollo 11 approaches, the author flies lunar landings in simulators and meets the astronauts who will fly the LM for real. He explains the computer alarms that almost prevented Neil Armstrong from landing and describes a narrow escape from another dangerous problem. On Apollo 14 he devises a workaround when a faulty pushbutton threatens Alan Shepard's mission, earning a NASA award, a story in Rolling Stone, and a few lines in the history books.  This memoir is a new kind of book about Apollo. It tells a story never told before by an insider the development of the onboard software for the Apollo spacecraft. It makes a vertical connection between technical details and historic events, but by broadening the story using his own experiences as he grows into adulthood in the 1960s the author draws a parallel between that era of successful space exploration, and the exploration, inner and outer, that was taking place in the culture."


ps: I read the copy in Libraries ACT.
Posted by Tom Worthington at 12:13 PM No comments: