Entertainment Venue for Thousands Built from Shipping Containers in Brisbane 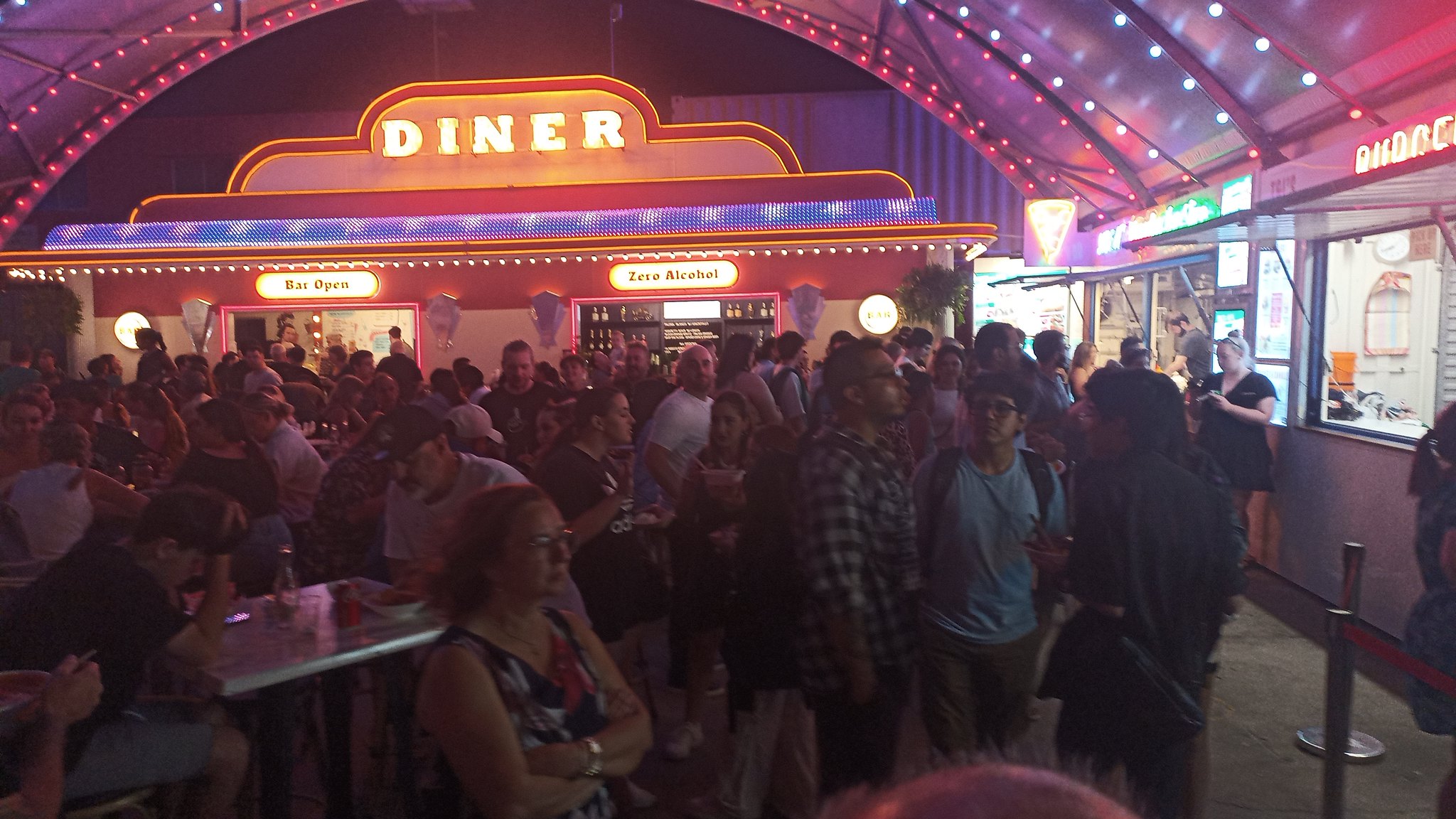 Last week I was on a ferry on the Brisbane River and felt like seafood. So I did a web search for a restaurant near the next terminal, Northshore Hamilton. Follow directions I turned west along the shore, past people playing beach tennis. What appeared in the distance looked like a carnival, with bright coloured lights, a cacophony of music and what sounded like thousands of people. It was thousands of people, in a compound made of shipping containers: Eat Street Northshore.

Eat Street is a rectangle about four containers wide and 11 long. The perimeter has a row of containers around all four sides, with gaps for people and food to get in. There is a main avenue running east west, also formed from rows of shipping containers. Six covered performance spaces have been made with steel spans covered with fabric and locked to rows of containers (as used for temporary construction buildings). This can be seem clearly from the air.

Each avenue is themed in terms of food, and has a stage. There are also bars. The designers have gone to great care to lay out facilities for ease of use, even with large crowds. Something made from shipping containers could look like a construction camp, or a prision, but this is bright, colourful, and fun.

Posted by Tom Worthington at 1:42 PM No comments:

In Singapore a few weeks ago I saw an autonomous electric bus on display at a transport conference. This is intended for regular routes, but is still a work in progress. What would be possible sooner is convoys of buses for the express routes from Civic to Woden and Turragnong. At peak times one bus with a driver would be followed by one or more driverless, making a virtual bendy bus. This would have a higher capacity than light rail, at a lower cost.