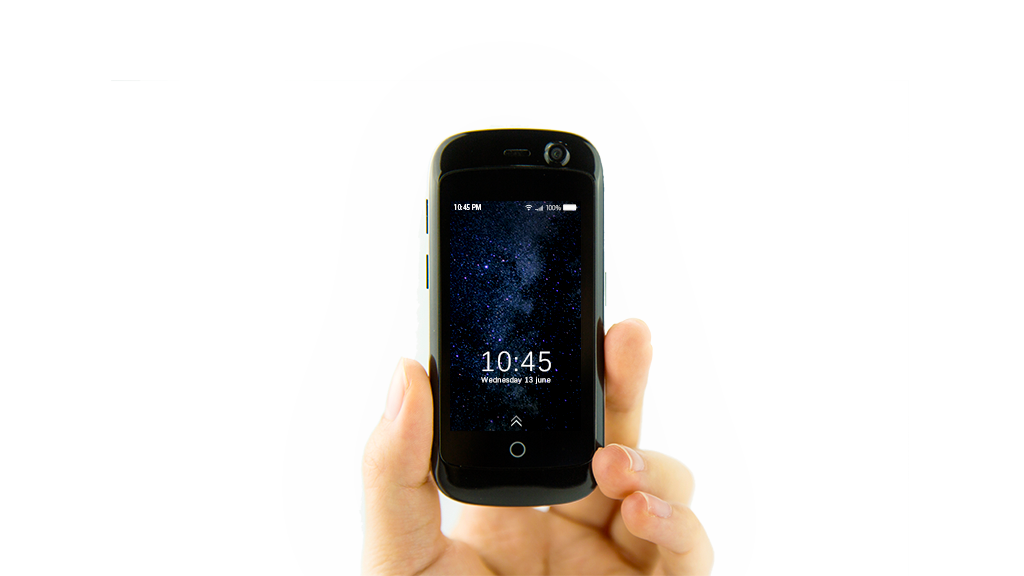 My smartphone will stop working at the end of September, when Vodafone decommissions its 2G network in Australia. So I have signed up with the Kickstarter campaign for the "Jelly Smartphone", claimed to be the smallest 4G smartphone.

The Jelly appears similar in size to the Posh Micro X, claimed as the "Smallest Smartphone in the World". This has been on sale for some time and gets reasonable reviews on Amazon.com, typically commenting it is adequate given the size. The Jelly appears to offer upgraded electronics and software compared to the Posh and better compatibility with global phone networks.

The Jelly will have a 2.4 inch screen, about the size of my old pre-smart "feature phone". What I really wanted was a flip-phone, but I could not find a reasonably priced one which would work on Australian networks. Perhaps someone will make an after-market Star Trek flip cover for the Jelly, like the cover on the
Motorola A760. This protects the screen when closed (but with the display visible through a transparent window). You could then answer a call by opening the flip and end it by closing. The cover has channels to take the sound from the speaker in the body of the phone up to your ear, making it more comfortable to hold.
Posted by Tom Worthington at 9:22 AM No comments: