The Australian government has released a discussion paper on "THE DIGITAL ECONOMY: OPENING UP THE CONVERSATION". Four emerging technologies are identified: 5g, AI, Blockchain and Quantum Computing. Input is invited by 30 November 2017.

Taking Blockchain as an example, described more generally as "distributed ledger technology" (p. 19).  A point to emphasize is that this is not just about Bitcoin, as the discussion paper says: "It can be applied wherever a verified and trusted transaction is required—health, government services, real estate, media, energy and more." One area of interest to me is for education.


"7. What opportunities do we have in standards development and regulation to:
– – enable digital entrepreneurship, innovation and trade?
– – mitigate the risks associated with digital disruption?

8.     What digital standards do we need to enable Australian businesses to participate in global supply chains and maximise the opportunities of the digital economy? " (p. 19)

Posted by Tom Worthington at 12:10 PM No comments: 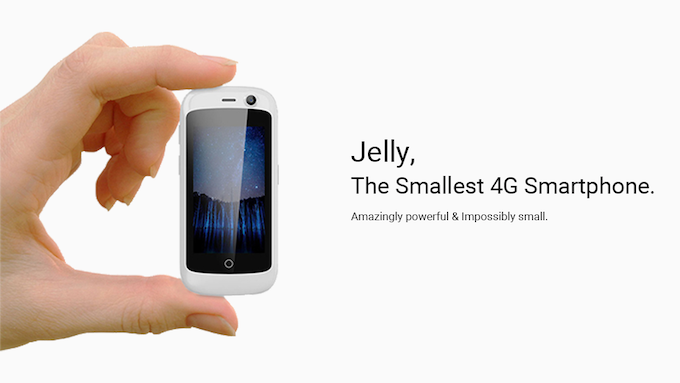 A few months ago I took a leap of faith and pledged on Kickstarter US$79 for  Unihertz's Jelly smartphone. The goal was only US$30,000, but they achieved $1,251,380 from 10,964 backers. There was enough money, but would they build the phone and would it be any good? The answer is: yes and yes.

The phone arrived last week, along with the optional case. The Jelly phone has just one killer feature: it is small. Imagine a smartphone with a five-inch screen cut into quarters, and you have the Jelly (it has a 2.45-inch screen). The phone arrived well packaged, with a USB cable, European plug USB charger (which Unihertz sensibly has decided to leave out of regular sales, as there are so many USB chargers in the world) and a screen protector.

Apart from being small, the Jelly looks and works like any generic android smart phone (running Android 7.0 Nougat). Some reviewers have criticized the relatively low resolution 240 x 243 pixel screen, but I found it very clear and readable. The telephone sound quality is good, and the speaker-phone works very well. The battery, with moderate use and the WiFi and GPS, turned off, lasted just over two days, which is acceptable.

The phone's primary feature is also its only problem: size. The Jelly can be hard to hold up to an ear because there is not much to hold. I found the optional case makes it easier to hold, than the shiny, slippery plastic of the phone.

The screen is large enough to dial phone numbers and peck out a text message. But this is not the device for composing documents or reading ebooks. Think of it as a step up in power and functionality from a "feature" phone, in a package around the same size.

Ten years ago, when teaching web design for mobile devices at the Australian National University, I suggested the optimal screen size for a pocket-size device was about four inches (the size of a credit or business card). Such a screen is about the same width as a traditional newspaper column (so readable) and the device incorporating it is about the largest that can comfortably fit in the average pocket. Despite the fad for large phablets, around 4 inches is still a good size for smart phones.

At 2.45 inches the screen on the Jelly is just a bit too small for general use. The Samsung Galaxy J1 Mini, with its 4 inch screen, is a better general purpose smart-phone. But if you just want something to talk on, send text messages, and very occasionally, use an App, then the Jelly works very well.

What I would change

There are currently only two accessories for the Jelly: a case with a lanyard loop on top (which I have) and a case with an armband. The case works well but could be made of softer, more rubbery, material, to make it easier to hold. Also, there doesn't seem any good reason to have two different cases: why not just one with both a loop on top for a lanyard and a slot in the back for the armband?

What would be an attention grabbing accessory is a StarTrek style case with a flip-up cover, like the Motorola A760. The flip would channel sound up to the ear (no additional electronics needed). Perhaps something for a Kickstarter campaign (make it a 3D printer design which can also be sized for 4 inch phones) ? Also, the Jelly would be easier to hold if a bit fatter, so a larger battery would not be a problem.

ps: Unihertz shipped the Jelly by the promised date. But when they said "shipped" they meant it literally: they put the phones on a ship heading for Australia. It then took the phones a long time to get to Australia. You can order the full price Jelly now, and hopefully, it will arrive a bit quicker.  ;-)
Posted by Tom Worthington at 7:16 PM 1 comment:

The imagination of Ada Lovelace in Canberra, 10 October

David De Roure, Professor of e-Research at University of Oxford will speak on The imagination of Ada Lovelace: an Experimental Humanities approach, at the Australian National University in Canberra, 10 October.


"In over 200 years since Ada Lovelace's birth, she has been celebrated, neglected, and taken up as a symbol for any number of causes and ideas. This talk traces some paths the idea of Lovelace and her imagination of Charles Babbage's Analytical Engine has taken. In particular, we focus on music and creativity, after Lovelace's idea that 'the engine might compose elaborate and scientific pieces of music of any degree of complexity or extent'. ..."


I first came across Ada Lovelace in the 1980s, when the Ada programming language was named in her honor. I get a mention in the "IEEE Recommended Practice for Ada as a Program Design Language" (1987). In 1994 I attended the play "Arcadia" by Tom Stoppard, at the Sydney Opera House. The main character, Thomasina Coverty, is based on Ada. Also referenced in the play (by name) is the landscape architect ‘Capability’ Brown. A week later I was a few kilometers outside Oxford looking at Blenheim Palace across the lake and grounds designed by Capability Brown. This reminded me of Canberra. Two years later I used "Building Arcadia" as the title for an innovation strategy for Canberra (now implemented).
Posted by Tom Worthington at 10:05 AM No comments: