Australian Fast UAV Carrier with Onboard Additive Manufacturing of Aircraft

The Australian Government is reported to be considering investing billions of dollars in a complex guided weapons manufacturing  sovereign capability. However, just having a local subsidiary of an offshore company build an imported product under licence is not a real sovereign capability (as was shown by billions wasted on subsidizing foreign car companies to manufacture in Australia).

Any scheme has to have a strong investment in local capability. I suggest Australia should invest in new technological capabilities, for example, being able to rapidly manufacture custom guided weapons and UAVs for a particular mission. This could include the capability to do this aboard ship and on land at forward bases.

As an example, imagine a miniature aircraft carrier build by one of Australia's multi-hull fast ferry shipyards, with a flight deck for launching UAVs and a factory below to 3D print the jet engines, fuselages and avionics for them. Rather than a commander to have to wait weeks, or years for new weapons to be delivered, they would be manufactured on-board in a few hours, custom designed for the next mission.

Posted by Tom Worthington at 12:38 PM No comments: 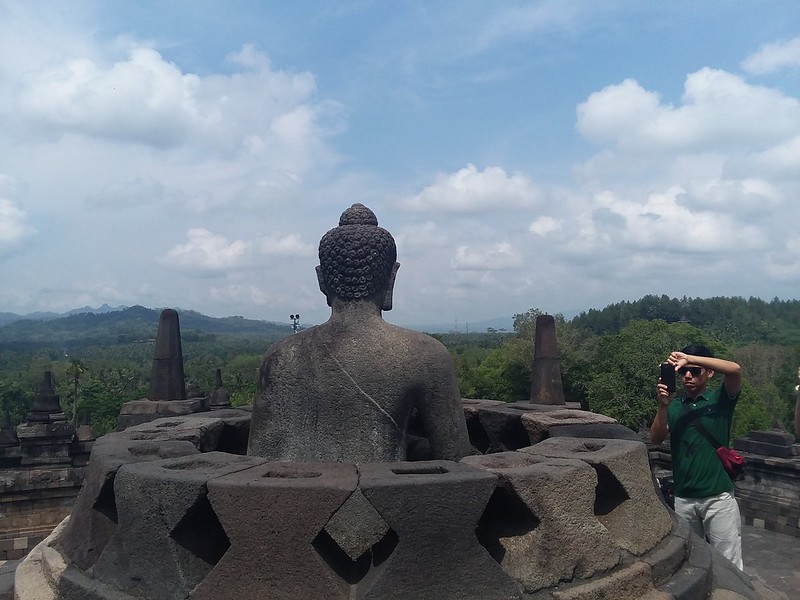 Travelxism, who ran the tour of Borobudur Temple I went on in 2019, at TALE 2019, are now offering virtual group tours, with a local guide using Zoom. They offer tours also to other Yogyakarta sites. This can be for a group of friends, a workplace, club or conference. Of course. it is not quite the same as the real thing, but you do get to ask questions.

I have suggested the tour organizers offer virtual tours of the the Taman Pintar science park, the shopping center and a ride in a local bus as to the visitor these are also fascinating.

Posted by Tom Worthington at 6:28 PM No comments: