New Theatre's production of "The Chapel Perilous" by Dorothy Hewett requires stamina from the audience but is rewarding. This autobiographical work looks at a brilliant but rebellious youth growing up in a world at war, at war with herself and the society which tries to constrain her.

Julia Christensen as Sally Banner is center stage for almost two hours, raging against the system. Brett Heath transforms from the hellfire spitting lascivious Cannon to Sally's father very convincingly (although I kept thinking he looked like Clive James, an Australian poet and atheist who fitted more comfortably in the system).

Costume designer Courtney Westbrook has brought an understated wartime feel to the production.

The set is dominated by a large luminous chevron, which acts as the "Chapel" and at times apparently the entry to hell.

All the actors give an energetic performance, perhaps at times a little over energetic. At times is is disturbing, as the playwright intended. However, some parts have dated. A fantasy scene where the authority figures burst into song is a bit too "Singing Detective". The references to Le Morte d'Arthur
and The Iliad show the playwright showing off their classical education. Also Parry's Jerusalem seems to crop up in New Theatre productions.

The New Theatre is celebrating its 85th anniversary this year. But perhaps it need to look to the future and contemporary issues, not just the last century. With the world perhaps on the brink of a third world war, starting in East Asia, there is scope for New Theatre to draw lessons from 85 years ago for today.

Posted by Tom Worthington at 10:18 AM No comments: 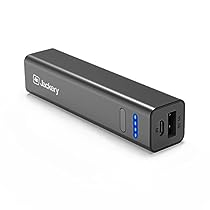 The May edition of TechLife Australia in their security and privacy guide laments the lack of available "USB Data Blockers". Perhaps a USB Power Bank can be used as a data blocker.

The problem is that a USB cable can transmit data as well as power. LifeHacker suggests the use of a USB Data Blocker when using USB devices you are not sure of. The Data blocker plugs in between your device and the untrusted device, to let the power through, but no data. However, they can't find any commercial source of such devices. 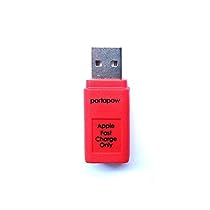 There are some USB Data Blockers offered by Amazon.com, such as the PortaPow Data Block,
but these are not commonly available in retail stores.

In contrast USB Power Banks are readily available at low price. These have two USB sockets: one to charge the power back and one to charge your device from the power bank. A discussion in Whirlpool suggests some power banks can be plugged in to a power source and device to charge simultaneously. If this "pass-though" mode stops data, the power-bank can be used as a data block.
Posted by Tom Worthington at 5:29 PM No comments:

Email ThisBlogThis!Share to TwitterShare to FacebookShare to Pinterest
Labels: USB

At the First Wednesday Connect hosted by the Canberra Innovation Network (CBRIN), I gave a sixty second pitch about my book "Digital Education". The people who pitched were then asked "What do you think Canberra needs to do to drive its innovation ecosystem?" and this ended up on a short video. Caught on the spot I ended up saying "The danger with any project with government support is it will get forgotten about before it has a chance to succeed". I am last on the video, so ended up with my image on the video thumbnail. CBRIN and how it uses the Cambridge Silicon Fen approach to industry development, features in my book.
Posted by Tom Worthington at 10:25 AM No comments: