Connecting a Samsung TV to the Internet 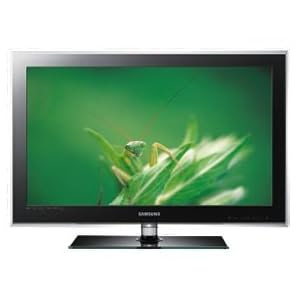 A friend bought a Samsung LCD TV which has "Internet@TV". They asked me to connect it up so they could use the Internet from the lounge chair. The first problem what that I was not exactly sure what the TV did and what it was they thought they were going to get. The TV seemed to offer some Samsung provided news and other Apps, specifically for Samsung and also access to downloaded moveis and the like. The friend seemed to have the idea they could sit in the armchair with a wireless keyboard and surf the web and access their PC upstairs. It seemed unlikely the TV had a full web browser, nor any form of remote PC access. But as with many clients of technology it was difficult to get them to explain exactly what it was they wanted. So the simplest solution seemed to be to connect it up and see what it could do. 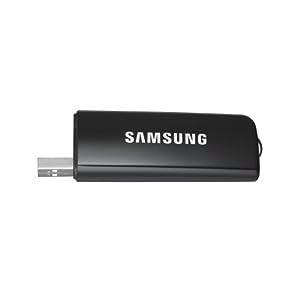 Already I had connected up a low cost wireless router, so I just needed a WiFi device for the TV. The TV has an Ethernet socket and two USB sockets, so there were plenty of options. There is a specific Samsung USB WiFi dongle for the TV, but a web search seemed to show that third party units could be used. So I got a D-Link DWA-125 N150 USB Adaptor. I should have read the online discussion of this more carefully, as it turned out that Using NoN-Samsung USB WiFi dongles, requires changing the software in the TV. I was not willing to risk breaking a new TV.

The next option was to use the Ethernet port of the TV. But as the TV is on a different floor to where the Internet wired connection is, running a cable would be complicated. The solution was to use a device which relayed the WiFi to an Ethernet socket which could then be plugged into the TV. No special software is then needed in the TV, which operates as if it has a direct connection to the Internet. The needed device is called a "bridge". After much searching of the web I found that the same DIR-600 I hag got for the WiFi could be reprogrammed to be a repeater bridge using the open source DD-WRT software.

DD-WRT is software developed to take advantage of the capabilities of low cost router hardware. The repeater bridge allows WiFi to be extended further. It also provides Etherenet sockets.
Posted by Tom Worthington at 10:48 AM

I have the same problem.. could you help me with the bridge device? thank you