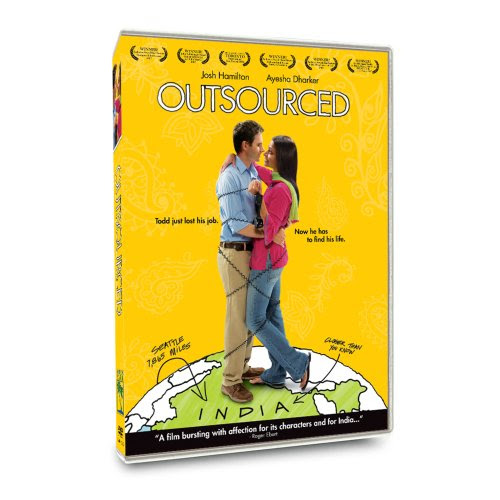 After reviewing the e-learning system in the seat of a long Malaysian Airlines flight I decided to watch a movie. Outsourced is a romantic comedy about an American call center manager who is sent to India to train staff in the outsourced call center. He tells the staff to claim to be from "Chic-a-go". In the end he comes to terms with India after some lessons in life and the world beyond the USA.

This is not a documentary and you would learn as much about call center operations from this as you would about e-mail from watching "You've Got Mail". The Indian streets shown looked too clean and almost deserted. The female romantic lead was just a bit too clever and willing to explain the world outside the USA to the American. But it was good fun and might be useful education for those who have not been outside North America.

This is a good airplane movie (that is one step down from a rental movie: one that is worth watching when you are stuck on an eight hour flight). ;-)

Posted by Tom Worthington at 10:52 AM