Alex Zaharov-Reutt has done a short review of the soon to be released Australian version of the TiVo Personal Video Recorder (PVR) in "Seven gives Foxtel the heave-ho with TiVo" (IT Wire, 2 July 2008). It is mostly positive, with the only significant feature disabled by Australia's TiVo distributor (Channel 7) being the 30 second ad skip. 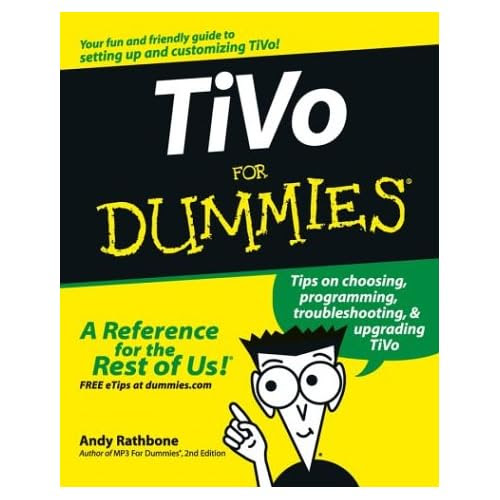 It is planned to have the TiVo in Harvey Norman stores for $AU699, in time for the 2008 Olympic Games (Channel 7 is the official Australian broadcaster). The unit has two high definition tuners, can record two shows at once and will use a free Internet based TV guide (which requires an Ethernet connection or option extra cost WiFi interface). The TV guide will enable TiVo's automatic recording of episode's of a favorite show and recording based on actor, genre and the like. Also there will be a software update in early 2009, which will be charged for, needed to get external disk drives and PC interface to work.

See also: Books about TiVo
Posted by Tom Worthington at 9:41 AM