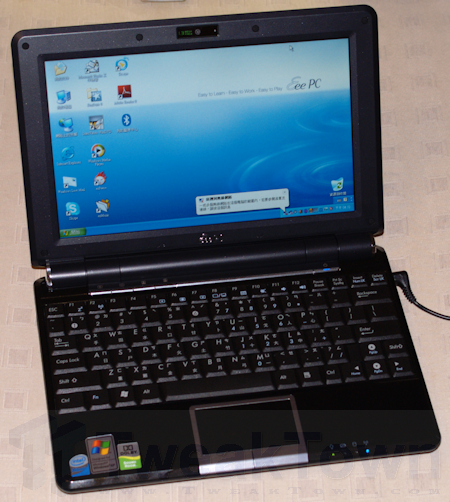 There is criticism of this unit for its size and speculation that the Eee 900 Series with its 8.9 inch screen will be dropped in favor of a Eee 1000 fitted with a smaller screen. But being about A4 size, I think the Eee 1000 will be the idea size for many applications, having a keyboard big enough to type on, but in a case small enough to fit in a bag with paperwork.

If used for business or study, a PC only has to be small enough to fit in the bag with your paperwork. Making the PC smaller than this provides little advantage (unless you want to carry it in a handbag, when the B5 siz Eees become useful).

One disappointment is that the unit will not be diskless.
Posted by Tom Worthington at 8:52 AM