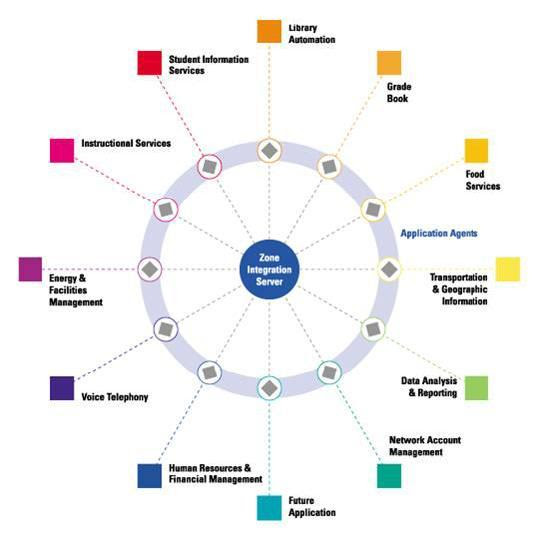 The Australian Government is funding work on adopting the Systems Interoperability Framework (SIF) for Australian schools. Previously called the Schools Interoperability Framework, this is a set of XML specifications for defining educational data and a Service-Oriented Architecture (SOA) interface for kindergarten to grade 12 schools (k12). A SIF Implementation Specification (Australia) (Version 1.0, November 20, 2009) has been produced.

The Australian Government is also funding activity on e-Portfolios for vocational (VET E-portfolio Roadmap) and higher education (Australian ePortfolio Project). I realise it is hard enough to get universities and TAFEs to agree on standards, but is there any work on getting the schools and higher education to use the same standards for reporting?

SIF appears to be a standard for real time exchange of data between applications. This appears to be about administrative management of schools and students (that is recording, monitoring and reporting student progress). As an example, one of the SIF certified software products is Blackboard Connect 1.0 ve proved problematic in Australia. The SIF Newsletter indicates that progress has been made with a SIF Pilot in Western Australia developing an open source "agent development framework" to be reused across Australia. A useful approach might be to apply the technology and development philosophy which Richard Volpato has applied at the Copyright Agency Limited. With this approach a set of open source tools would be used to build a system which allows resource intensive processing to not be done in real time and which allows end users to customise reports. Rather than just producing a set of standards, with Australian schools then need to purchase overseas developed software in order to comply with, the Australian government could fund the development of free open source software which implements the standards and can be used for free by Australian schools. This approach was used successfully by the New Zealand government's Tertiary Education Commission's e-learning Collaborative Development Fund (eCDF), to develop the Mahara ePortfolio software for use by NZ schools (and now used in Australia).
Posted by Tom Worthington at 8:53 AM