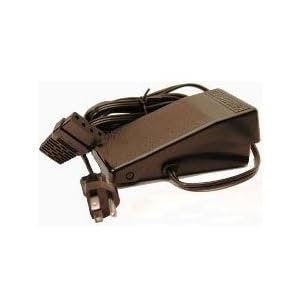 One of the less usual tasks this season has been to fix the foot control for a sewing machine. The first step was to see how much a new unit would cost. The sewing machine is more than ten years old, so I did not hold out much hope for replacement parts. However, I typed the model number into a web search and found sewingmcs.co.uk , with web pages devoted to replacement parts for different brands of sewing machines. On the page for Bernina parts I found "New Style Bernina Electronic Foot Control 4 square pin ... replacement for Type 289 f/control". 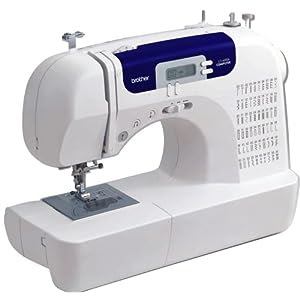 Part of the problem in obtaining information on how to repair a product is to know the words to describe the part you are trying to fix. Now I knew I wanted a "Bernina foot control Type 289" I was able to find numerous references to it. A replacement unit from the UK cost 72 Pounds. As well as sewing machines

, Amazon.com has an extensive list of more than 44,000 Sewing Machine Parts & Accessories

It would be likely a cheaper second hand unit could be find locally, but even so it would seem worth repairing the current unit. Also the new unit appeared to come with a cable, when all that was broken was the foot pedal itself. So I set out to repair.

The foot control consists of a plastic foot rest hinged to a spring loaded plastic box. One of the plastic brackets holding the hinge had broken. This appears to be a design fault in the unit, as the unbroken bracket showed it was only held in on one side by one screw (a screw on each side would have been stronger).

The plastic one screw was retained in had broken away. The remaining materiel was too thin to hold a screw so I decided to drill through the material and replace the screw with a bolt. To make this stronger, I decided to drill a second hole and use two bolts.

The foot control operates with mains voltage and the whole surface of the unit is made of insulating plastic. So I did not want to have a metal bolt exposed on the outside of the case. While the possibility of the bolt contacting the electrical components inside was remote, it was not worth the worry. 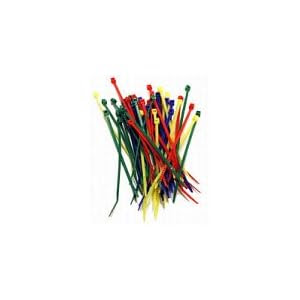 My first option was to cover the steel bolts with plastic covers, but then realised it would be easier to use nylon bolts

. An even easier option then occurred to me to use nylon cable ties

. There was no drill to hand so instead I used a soldering iron to melt two holes through the case. I then threaded a cable tie up from underneath through one hole in the case and back and secured the tie. There was still some space so I used a second tie.

The black ties match the black case of the foot control and so are not too conspicuous. The nylon of the ties have a high breaking strain and the result is probably stronger than the original screws. This also has the advantage that there are no bolts to work loose.
Posted by Tom Worthington at 10:22 AM