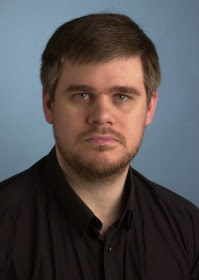 Greetings from the Australian National University, where Professor Andrew Adams, Centre for Business Information Ethics Meiji University (Tokyo) is speaking on "Information privacy & data protection in Japan". This outlined the work reported in his paper "The Development of Japanese Data Protection (with with Murata and Orito in Policy and Internet, 2010). He will also be speaking at the Cyberspace Law and Policy Centre, Teaching room 101, UNSW Faculty of Law building, Sydney, 1 pm, 15 September 2010. Andrew asserted that it was a myth that Japan does not have a concept of privacy similar to western countries. Japan introduced similar legislation to protect citizens privacy in government systems and later legislated on a national electronic identity card system.

Andrew described the "Uchi-Soto" (内外) concept of relationships in Japanese society. He then talked about vertical relationships within organisations, where information is passed up and down the hierarchy, more than a western country, but under strict social rules. He then discussed the origins of these social rules, with buildings with (literally) paper thin walls. Under the "as if" tradition, if you do not official know something, you act as if you do not know.

Andrew then discussed the Kanji data input problem. Government started using data entry in the 1980. But it was only after methods for simple entry of Kanji characters were made generally avialable in the mid 1990's that there was widespread input of personal data by companies. He argues that the property crash of 1989/90 and ongoing economic problems placed pressure on companies to make more use of their data holdings. At the same time the Japanese government had financial difficulties and so wanted better data to reduce costs and collect more taxes.

Andrew claimed that there was rumoured to be a 1940s proposal for computerized national identity database for Japanese citizens by the then US occupation government. Even a single tax number required the 1990 financial problems to be introduced. Japan already had several existing registration systems.

The Basic Resident Registers Network (住民基本台帳ネットワーク) or Juki Net (住基ネット) was the proposal for computerising some of these systems. In the late 1990s, companies were then able to send individualised junk mail and this then caused concern over the security of the government system. The government system was ruled constitutional by the Supreme Court of Japan in 2008, however concerns and limited political support is still holding up full implementation.

ABSTRACT:
There has been an academic myth since at least Benedict's 1940s "The Chrysanthemum and the Sword" that the Japanese have little or no sense of privacy. This myth has been challenged by a number of scholars in recent years, all of whom point out that while the exact details of Japanese people's concepts of the various kinds of privacy (bodily, surveillance, information) differ in detail to those of other countries, these ideas still exist, and in fact contain no greater difference than that between other countries such as Germany and the US.

One of the arguments put forward for the Japanese lack of a sense of information privacy was the limited Japanese data protection legislation of 1988 which only covered government use of data, leaving commercial use of data entirely to voluntary codes of practice. However, in 2003, the Japanese government introduced revised data protection legislation for the public sector and introduced legislation it publicly stated was hoped to bring Japan under the EU's third country export regulations.

Prof Adams of Meiji University will present recent joint work with Murata (also of Meiji) and Orito (of Ehime) on the Japanese Sense of Information Privacy, historically and how this has been effected by computer and networking systems, and the broader political background to the development of the 2003 data protection legislation.
BIO:
Professor Andrew A Adams Professor at Graduate School of Business Administration, and Deputy Director of the Centre for Business Information Ethics Meiji University, Tokyo, Japan http://www.a-cubed.info/

Posted by Tom Worthington at 4:11 PM