This week I attended the Malaysian Corporate Governance Conference at the Securities Commission, Kuala Lumpur, 15 - 16 May 2008. The conference was organized by the Asian Strategy & Leadership Institute. These are some impressions from the first day of the conference, format, topics, venue and business in Malaysia.

Format of a Malaysian Conference

A business conference in Malaysia seems to have much the same format as in Australia, but with some of the elements of the one I attended in China. There was more formality with the opening of the program than usual in Australia, the dignitaries being introduced and presented with gifts. There was a generous amount of time in breaks to meet people and the conference organizers spent a lot of time introducing people to each other, which made for a more interactive event than many Australian conferences.

As well as a lectern on the stage there were two comfy arm chairs and coffee table. Each session started and ended with the moderator and speaker sitting down, which made for a more comfortable atmosphere.

The Bursa Malaysia CEO said there was more room for reform in governance by Malaysian companies and they needed to do more than just comply with the rules. He addressed the need for leadership in companies, with accountable and prudent governance in the interests of shareholders, in response to scandals in companies. The board of directors of listed companies are charged with safeguarding the assets of the company. The primary market focus of the stock exchange is to maintain good governance to encourage investment. He said the most important tool was to create a corporate culture for accountable conduct without reducing the need for risk taking. Investors are looking to invest in companies with ethical business practices.

The CEO also mentioned environmental and sustainability issues as ones which make business sense, with Corporate Social Responsibility (CSR). Two years ago Bursa Malaysia produced a CSR Framework for Malaysian PLCs, at the time the government included a requirement for CSR reporting by companies.

This year the role of auditors is being reviewed. The stock exchange has its own guidelines for audit oversight.

The CEO also addressed the need for global standards. In January 2007 corporate governance requirements were changed to require a corporate audit committee.

Having the stock exchange chief at the conference was a high honour for the conference delegates. After his address there was a media scrum with the CEO outside the door.

The conference was held in the headquarters of the Malaysian Securities Commission. This is a showcase high technology building by Hijjas Kasturi Associates (construction management by Bovis Lend Lease) is a parkland setting.

One feature of the building is underfloor air distribution, using Cementitious Infill Steel Access Flooring. A false floor is used for the air conditioning and also cables for power and data.

One logistical problem I had was the lack of espresso coffee. I wandered downstairs to the Securities Commission cafeteria, but they did not have any. On the way I noticed that as well as impressive conference rooms, the SC also had a fully equipped video conference facility, called the "Dialogue Room" (there is a video of the room online):

The Dialogue Room situated at the Lower Ground Level 1(LG1) has a seating capacity of 44. The room set-up is ideal for press conferences, small group training, board meetings as well as discussions. The room has a U-shape seating arrangement and each seat is equipped with a touch-panel console for a microphone and a voting system.

One interesting inclusion in the building are day rooms, in the lower level:

Guest Day Rooms These air-conditioned rooms situated at the Lower Ground Level 2 (LG2) are specially built for guests and are supplied with double beds, bathrooms with showers, as well as telephones. These facilities are for guests to freshen-up before their sessions.

Conference sessions for day one

SESSION ONE: CREATING SUSTAINABLE GROWTH IN THE GLOBAL
BUSINESS ENVIRONMENT

Yang Mulia Tunku Abdul Aziz reminded the audience that is is ten years since the 1997 Asian financial crisis. He criticized the misuse of "Asian values" as a cover for corruption, saying that values such as respect for elders should not prevent questions being asked about the actions of corporations.

Puvan J. Selvanathan looked at the details as used in Caux Round Table projects, concentrating on sustainability. Unfortunately he did not define what he meant by "sustainability" (nor did other speakers at the conference). In Australia, this term is currently used almost exclusively to refer to environmental sustainability, but in Malaysia seemed to be referring to social and business issues as well.

Puvan argued that corporations needed to move to an "involve me" model, with shareholders actively involved, not just observers. He then mentioned Corporate social responsibility (CSR), which seems to be a hot topic in Malaysia. He argued that lack of CSR can result in very negative publicity and good corporate governance is a risk mitigation strategy. 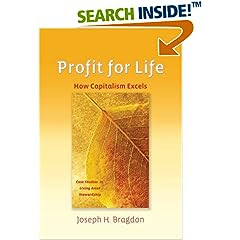 Jay Bragdon's 2007 book "Profit for Life", was cited emphasizing companies stewardship of resources. He argued that this "hyppie" language was coming back into vogue for business. He then quoted Porter in the Harvard Business review on companies needing a healthy society. Cannon was given as an example of the Japanese concept of "Kyosei" with companies acting responsibly.

However following the new Australian Prime Minister, Kevin Rudd's emphasis on evidence-based policy , is there evidence to support these claims for CSR? While it might be good in the long term for socially for companies to act ethically, doesn't the evidence show that in the sort term they can make such large profits by acting unethically that this outweighs the risks?

In response to a question about this Tunku argued that there was a need to ask hard questions about the actions of senior people, even if this causes some embarrassment. He used the example of the former Secretary General of the UN setting up a foundation for humanitarian purposes, with prizes given. Even though the funds were given for, and to be used for, humanitarian purposes there were ethical issues as the funds were not to be used through the UN. Puvan advocated using a code of ethics, using the example of that for architects (he is by training an architect). This seems to be essentially the same issue as ethics for ICT professionals. The Malaysian 2020 plan also got a mention from one of the questioners at question time (an interesting comparison could be drawn with the Australian 2020 Summit).