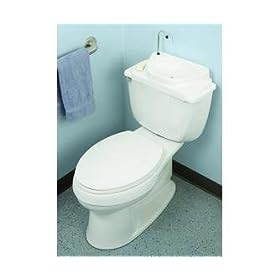 There are plenty of books, TV programs, and government information campaigns on how to save water. But the message does not seem to be effective. Recently I visited family friends who wanted to help the environment by saving water, so they installed a rainwater tank but found it did not help.

They had just finished showing me their very expensive tank, with electric pump when they opened the mail to find a letter from the water board. Their water consumption was above average and the authorities were threating to take action unless consumption was reduced. They said: "but we got a water tank, it cost thousands of dollars, why didn't it work?".

When I checked the tank I found it the pump had not yet been connected to the power and so could not be used for watering the garden. In any case this would only save a minimal amount of water, as most of the water was being used in the house and the tank was not connected to that. Even if the tank was connected, it could not save much water as there was a drought.

When I asked what water saving had been done, they explained that they had, as per regulations, been using a bucket to water the garden. Unfortunately they had been doing this very diligently and probably using as much water as if a hose had been used (using a bucket does not actually save water, just makes it harder to use a lot of water).

In the house they had asked the children to take shorter showers but that had little effect. When I asked if they had installed dual flush toilets they explained the rebate for this was much less than for a water tank and they were waiting to renovate. Similarly they had not installed low flow shower heads or tap aerators. The fact that these measures would be much simpler and cheaper (even without a rebate) than the water thank and save much more water, had not occurred to them.

These were not stupid people (both have PHDs) and this indicates the current water saving strategies by government are seriously flawed. The policies send two different messages: the water pricing policy sends the message that water is cheap (and therefore must be plentiful), but the water conservation policy says it is in short supply. The rebates on water saving devices favor some devices, such as water tanks, over others. This mixed message makes it hard for people to make good choices.

The measures I suggested they take were, in order of ease, cost and effectiveness:
Another tip, which I was not game to tell them was to stop watering the garden. Those plants which were not capable of surviving could be replaced with others which would. They could also stop using a garbage grinder, which consumes water and wastes organic matter, and instead compost the scraps in the garden. This would improve the soil and allow it to retain more moisture.
Posted by Tom Worthington at 10:20 AM