Greetings from the Creative Industries Precinct in Brisbane, where the China, East Asia, Media, New Media Conference 2007, just started. About one third of the delegates are from China and I am feeling a little out of my depth, not from the overseas visitors, but the media studies emphasis of the conference. To me the Internet and web are for carrying "stuff" and I worry the stuff gets from author to reader; exactly what the stuff is I don't much care. The other speakers at this conference are vitally interested in the content and its effect on society.

I will be on two panels at the conference. As I am last on each panel, I don't expect I will get to say much, but prepared notes and slides anyway:
Comments and corrections are welcome.

Also Graham Young, Chief Editor, On Line Opinion, has arranged Pizza tonight for the opinionated (I am on the advisory board for the publication). Contact him for details: 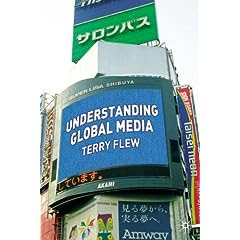 ps: Photo is of Terry Flew at the launch of his new book "Understanding Global Media" at the conference.
Posted by Tom Worthington at 10:10 AM