Are US Drone Strikes Legal? 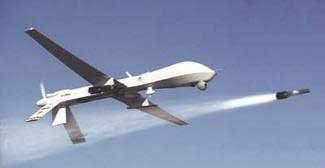 
Steven Ratner: The United States government has offered a legal theory for the use of drones based primarily on the jus ad bellum concept of self-defense as well as jus in bello concepts of distinction and proportionality. The US position, now elaborated in a formal paper by the Obama Administration, combines traditional doctrines and new ideas. I will examine whether that policy is and should be the basis for a new set of legal regulations on drone warfare.

Shahzad Akbar: The United States government has been conducting drone strikes within the sovereign territory of Pakistan since 2004, in breach of a plethora of international and domestic laws. According to independent sources, these drone strikes have caused a large number of civilian casualties including those of women and children. I will discuss the impact of drone warfare on civilians in Pakistan and outline the various strategies adopted by the victims to seek redress.

Posted by Tom Worthington at 2:01 PM