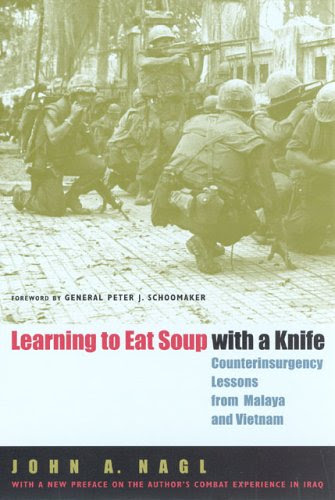 In this lecture, celebrated counterinsurgency specialist John Nagl will discuss the lessons from the Iraq and Afghanistan war. As one of the chief authors of the US's Counterinsurgency field manual and celebrated scholar of counterinsurgency in history, John Nagl will offer insights into how counterinsurgency planning is developed, how, why and where it worked and did not work in Iraq and Afghanistan, and the implications for counterinsurgency operations in the future. With the rise of non-state threats to governments and increasing urbanisation of mankind, counterinsurgency conflicts are sure to remain a fundamental part of any militaries potential field of operations.
About the speaker
John A. Nagl is a retired Lieutenant Colonel in the United States Army who is an influential expert in counterinsurgency. He is former president of the Center for a New American Security and incoming headmaster of The Haverford School. Nagl served in both the Gulf and Iraq wars. He has a PhD from Oxford university. His dissertation Learning to Eat Soup with a Knife (drawing on a quote from T.E Lawrence) was later revised for publication and gained significant public and military debate. Nagl has worked as a Social Sciences Professor at Westpoint, and worked as a Military Assistant to the Deputy Secretary of Defence. As part of a team overseen by General David Petreus, Nagl helped write the United States Army and Marine Corps Counterinsurgency field manuel. Nagl is a non-resident fellow with the Centre for a New American Security in DC, and has taught at Georgetown University, Kings College London and the US Naval Academy.

Posted by Tom Worthington at 12:26 PM