Greetings from the National Gallery of Australia in Canberra, where

David Morris, University of South Australia, is speaking on the application of prefabricated construction systems and autonomous servicing technologies for remote locations. This is part of the Contemporary Australian Architects Speaker Series 2011 of the Australian Institute of Architects. The evening started on a sad note, with news of the death of Colin Madigan, architect of the National Gallery of Australia.

One of David's early jobs as an architect was to make models for the House of Representatives for the new Parliament House Canberra, under Romaldo Giurgola. He pointed to the design of the the columns in the corners of the House chamber as his work.

David emphasized that architecture is ultimately about having buildings built. Students learn about design, almost to the exclusion of the supervision of the construction of buildings. He started a student design and construction program in 1993 at University of South Australia to give students practical experience. One building was the Western Mining Corporation Visitors Centre. 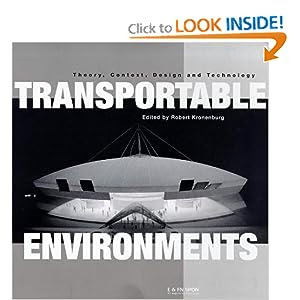 The students design and build the buildings, using basic materials, mostly steel and wood. Most of the buildings are in remote locations, requiring the students to plan in advance and cooperate in work on site.

One of the buildings were for aboriginal communities and David made the point it was effective to communicate with the clients using plans, which can be drawn in the sand. He criticize the housing being built under the federal government "Closing the Gap" program. He argued that placing housing in a urban closely spaced grid pattern will result in community tension. He also criticized the design of some steel frame, steel clad housing which lacked sufficient thermal barriers and so were uncomfortably hot. He suggest plywood was a kore suitable lining material for inside desert housing than steel, due to its thermal properties.

David demonstrated now computer design tools could be used to design appropriate housing for indigenous communities, with buildings arranged in clusters, with separation for different groups. The arrangement of the buoldings and their internal layout remindined me of the diagrams of indigioous settlements in Paul Memmott's Gunyah, Goondie & Wurley: The Aboriginal Architecture of Australia.

The buildings look very conventional, rectangular with a simple pitched roof, but carefully sited, with subtle design features. Housing for single young men has shared bedrooms with built in beds and lockers.

David ended by mentioning modular buildings being constructed to support the remote projects and for demonstration purposes.
David's paper "Lightweight Prefabricated and Precast Construction for Remote Building Applications in Australia" is available on page 177 of Transportable Environments

(Proceedings of the International Conference on Portable Architecture, 1997).

ps: The event did not start quickly, with the person introducing David Morris spending far too long on anecdotes of interest to few.
Posted by Tom Worthington at 6:00 PM