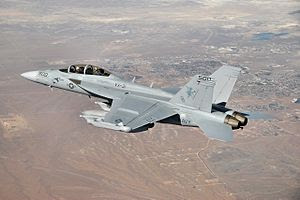 Media reports indicate that Australia and the United States have agreed that cyber attack comes under the terms of the ANZUS Treaty. While the treaty was was written during the cold war to address conventional warfare, it has only been invoked once, in response to the 11 September 2001 terrorist attacks on the USA.

Under US cyberdeterance doctrine, cyber attacks may be responded to with military force, including bombing the country launching the attack. The probability of such action in the next ten years is very high.

Given the likelihood of a military response by the USA, nations will be reluctant to mount large scale cyber attacks. However, they may be willing to attack Australia, to send a message to the USA. As the source of such attack may not be clear, US public opinion may prevent the US military responding. As a result Australia will be at increased risk of cyber attack and so needs the capability to respond to such attacks on its own.

The Australian Defence Force needs the capability to respond to cyber attack. Apart from cyberdefence in depth, with military, government, industry and home detection and prevention of on-line attacks. Australia will also need to be able to respond militarily.

One approach would be to equip half of the F/A-18F Super Hornet aircraft Australia has, for electronic warfare. Twelve of these aircraft have been ordered with the wiring needed to turn them into Boeing EA-18G Growler electronic warfare aircraft. However, the electronic equipment for this has not been ordered yet. At the same time another 18 of the standard Super Hornets could be ordered, to make up for delays with the Lockheed Martin F-35 Lightning II.

The EA-18Gs can be used for limited military strikes in response to cyber attack. The aircraft can disable or destroy electronic equipment using their on-board transmitters and "e-bombs" can short circuit the power grid of a city.

Posted by Tom Worthington at 9:37 AM