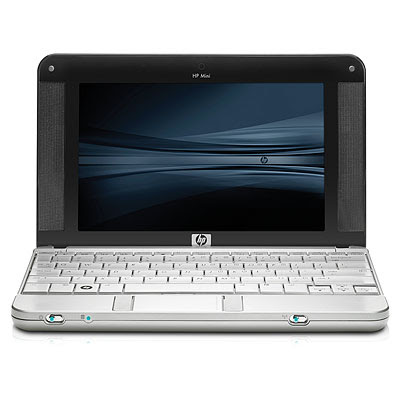 HP have announced the HP 2133 Mini-Note, a low cost, low power sub-notebook computer similar to the ASUS Eee PC. The unit has a 8.9 inch screen and starts at $US499.

I found the Eee PC to have a keyboard too small to type on comfortably. The HP 2133 appears to have a significantly wider keyboard, only about 10mm narrower than the 12 inch screen notebook computer I usually use. This should make the HP usable (but with an external screen and keyboard still desirable for extended desktop use).

The HP 2133 has got good reviews. Dell are rumored to have a similar unit coming out, produced by Compal Electronics for $399. My prediction that by the end of 2008, a "normal" computer will be one for under $500 seems to be coming true.

Posted by Tom Worthington at 11:46 AM