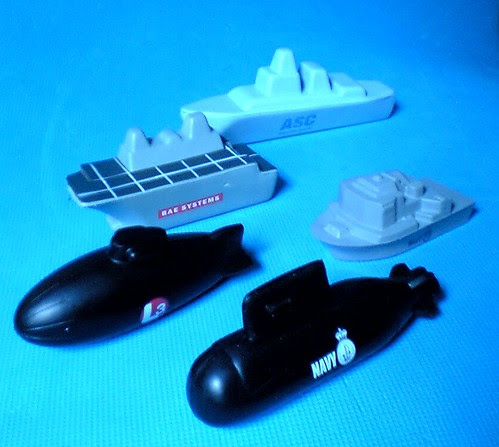 One of the fun parts of a trade exhibition is picking up the giveaways. At the Pacific 2012 Maritime Defence Conference in Sydney, I collected five squeeze toy ships. These are, front to back: Collins Class submarine from the Australian Navy, unidentified submarine from L3, Anzac class frigate from Australian Navy, Canberra Class Landing Helicopter Dock Ship from BAE Systems, unidentified frigate from Australian Submarine Corporation. 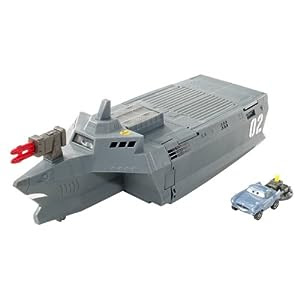 Also on the stand of Australian company, Austral, was a Cars 2 Action Agents Battle Station Playset by Mattel

, which is clearly modeled on their
Independence class littoral combat ship built for the US Navy (with out some of the expensive options it is the MRV 80).
Posted by Tom Worthington at 2:35 PM