According to a news report the Australian Federal Police (AFP) plan to acquire armoured vehicles for its overseas operations. These will most likely be similar to the Bushmaster Infantry Mobility Vehicles used by the Australian army.

There are smaller purpose built armored vehicles, such as the MOWAG Eagle, and civilian four wheel drives with armour added are used by other police forces. But it is difficult to add sufficient ballistic and mine blast protection to a small vehicle and still have a usable payload. 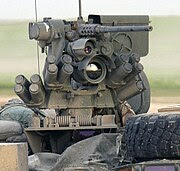 The vehicles would not be armed, but what they will need is good communications to be able to keep in touch with police and military and to be able to know what is going on around them. It might be of value to retain the Remote Weapon Station which larger military armored vehicles are fitted with, but equip it with a less than lethal weapon, such as a tear gas projector. The RWS may also be equipped just with a camera for surveillance and collection of evidence.

Perhaps the AFP could also get some armored Piaggio MP3 three wheel scooters. While not as well protected as a armored car, this would be better than the completely unprotected motorcycles typically used for liaison duties.

... About 320 AFP officers are on overseas deployments in more than 10 countries including the Solomons, East Timor, Nauru, Sudan, Cyprus, Cambodia and Afghanistan. ...

The move reflects a sharp expansion in the overseas operations of the AFP in recent years in both peacekeeping roles and counter-terrorism. ...

The multi-million-dollar investment in the AFP, including the armoured vehicles purchase, recognises that both army and police are vital to the success of long-term nation-building missions such as those in East Timor and the Solomons. ...

Posted by Tom Worthington at 6:50 PM

Email ThisBlogThis!Share to TwitterShare to FacebookShare to Pinterest
Labels: Bushmaster, Defence IT, Transport