Stayed in the Convent Glen Innes 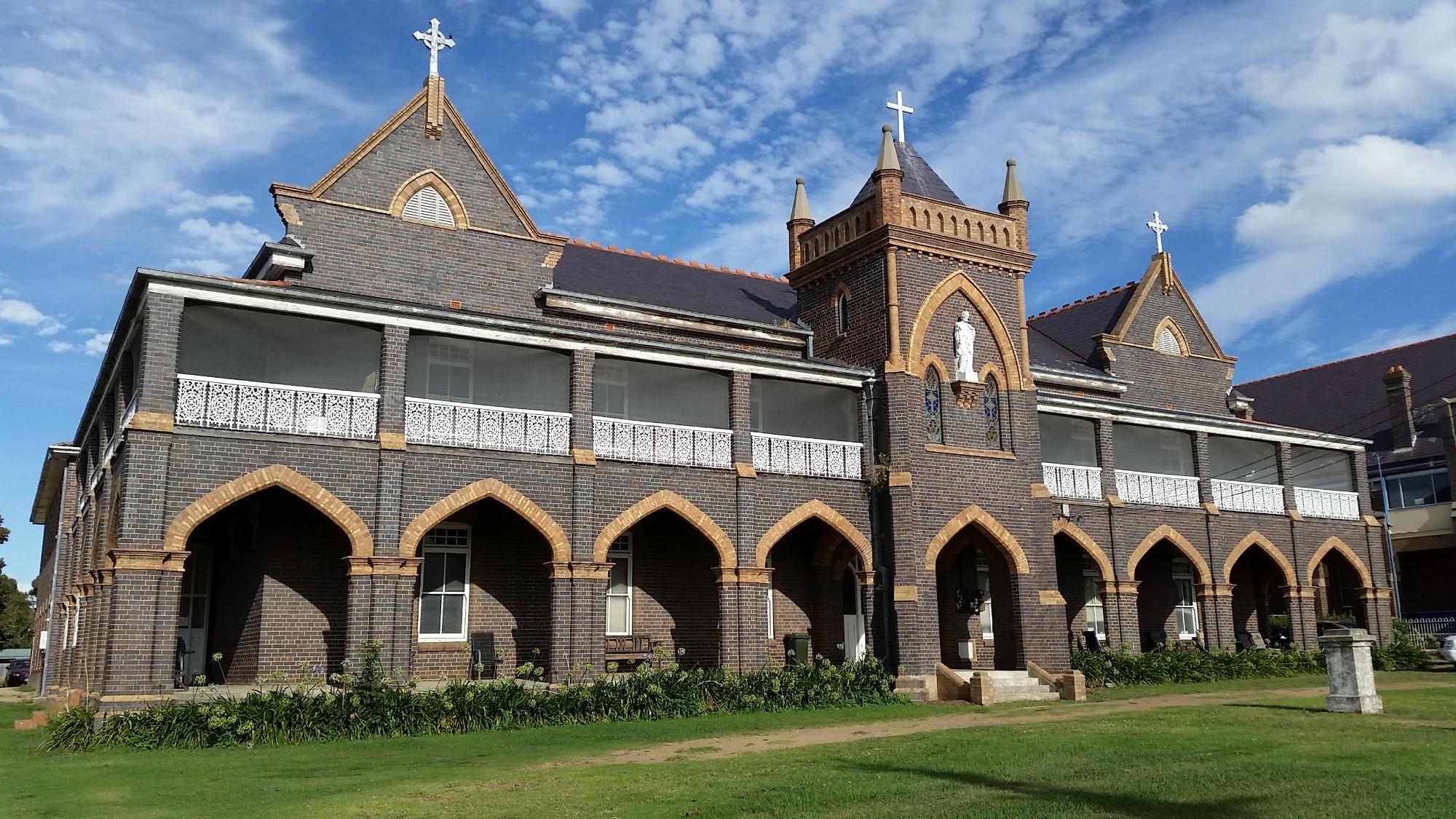 On my way from Sydney to Brisbane by car this week I stayed overnight at The Convent Glen Innes. This, as the name suggests, is a former convent building in the NSW town of Glen Innes, which is being refurbished as accommodation. So far two floors of the north wing of the building has been turned into backpacker standard rooms. There is also a TV lounge and kitchen with complementary tea and coffee (there are fast food stores across the road). The night I stayed I was the only guest and had my pick of the higher standard rooms on the top floor. These have a wide screen HDTV, double beds, a wash basin, heater and space for hanging clothes. There is a shared toilet and bathroom at the end of the floor.

Everything is very clean and newly refurbished. The building has been sensitively converted keeping the character of the old dark brick building. There are wide cloisters and a statue (presumably of some saint) on the front of the building.  It was a little creepy being the only one in residence and this might be a good location for a murder mystery weekend or a Rocky Horror Picture Show themed event.

There is more work to be done on the building (it was apparently purchased in 2008). I was able to peek through a hole in the partition to see a new floor which has started to be laid in the front wing (some of the best architectural details of the building, such as stone fireplaces and stained glass, are still hidden away). One change which needs to be made are inset screens in the windows, as there were a few mosquitoes during the night.The windows have patterned glass (to be changed to clear) and only open about 100 mm, giving a slightly claustrophobic feeling (or perhaps "cloistered" would be the word). In the current extremely hot weather I would wish for a small fan.

I booked The Convent via Bookings.com, but you can phone directly on +61 0417222777  or email. One problem I had is that the location of The Convent Glen Innes is about 200m north of that shown on by car navigation maps (including Google maps). The official address given is  161b Church Street, 2370 Glen Innes. But the actual location is on the north side of St Josepth's School, to the north of a roundabout (not the south side as the maps suggest). You enter though an unused looking grass and dirt drive, then around the front of the building to the abandoned looking north side, where there is a door to the office.
Posted by Tom Worthington at 9:17 AM

Not sure if the Convent at Glen Innes is still open for accommodation.

It has appeared in the media a few times. In Terror At Home", NOVEMBER 19 2015 , CRAIG THOMSON, Glen Innes Examiner https://www.gleninnesexaminer.com.au/story/3502935/in-terror-at-home/