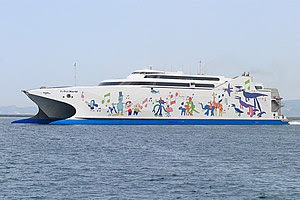 Another Australian company, Austal, is making the Spearhead class Joint High Speed Vessel (JHSV), for the US Department of Defence. Unlike many military projects, these ships have been very successful, as they use already proven civilian technology, with minor changes for military use.

Posted by Tom Worthington at 12:31 PM