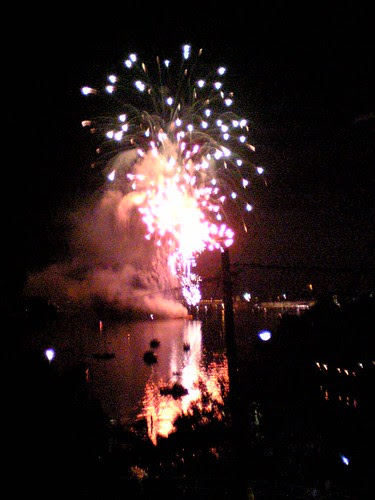 You can't beat Sydney for a New Year's Eve experience. But getting to the harbor on the busiest night of the year can be difficult. I bought a MyMulti Day Pass, good until noon the next day on buses, trains, ferries and light rail. This is useful, as while getting on and off transport on new year's eve is not too bad in Sydney, queuing up to but a ticket can take a very long time. The pass works in the automatic turnstiles of the trains and ferries and on the bus ticket machines. On the light rail (tram) you show the conductor, who hands you a paper ticket (the private operator's system has not been linked to the state transport system yet). At really busy times, you can walk through the train and ticket barriers waving the ticket to the ticket collector. 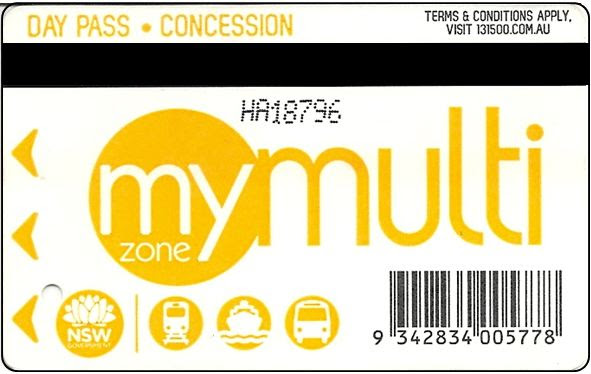 On this trip I started in Sydney's Inner Weest and started with a STA 470 bus to the Lilyfield tram ( Sydney Light Rail) station. The station is under the highway on an abandoned goods line, complete with rusty sheds and disused tunnels. Joined a happy crowd carrying picnic rugs on the tram. Alighting at the Pyrmont Bay station, I was stopped from crossing the Pyrmont Bridge, at Darling Harbor, as I was carrying a bottle of Veuve Clicquot Champagne 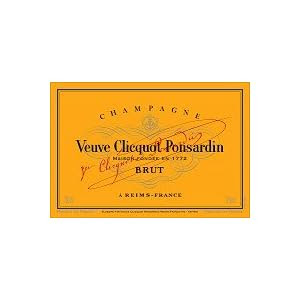 Exiting the tram at Capitol Square it would normally be a simple matter to catch any of the buses up George Street. But George Street was barracaded by police near Town Hall, so I joined a crowd of thousands walking up the road, watched over by mounted police on horseback. Sydney Town Hall Station had most entries blocked off (presumably to prevent revelers from falling down the subway stairs later in the evening. A friendly policeman showed me to open entry (outside Woolworths). AT this point I realized it would have been simpler to stay on the tram and get off at Sydney Central Station.

The first train to come along was full to capacity, but the next tree minutes later had some seats. The view of Sydney harbour from the train as it crosses the Sydney Harbour Bridge is worth the fare. On NYE the harbor is crowded with ships and all the foreshore is covered with people.

Wollstonecraft railway station turned out to have a view of the 9pm fireworks (as well as Sydney Harbor and the bridge, there are fireworks on many of the inlets, so fireworks could be seen over about 180 degrees. A path leads north from the southern platform of the station into Smoothey Park. over a very high footbridge over the ravine to St Giles Avenue. From here it is a 2 km walk to Greenwitch Point. Normally this would be a simple ferry ride from Sydney Circular Quay ferry wharf, but the ferries stop running in the early evening on NYE to allow for fireworks in the harbor. The ferry started again at 1:30pm making for a comfortable ridge back to the city. One thing to keep in mind that you do not necessarily catch the ferry in the direction you wish to go. In this case the ferry was traveling from the city and did not pick up passengers on the return leg. So it was necessary to get on the outward leg, to get back.

Sydney was still alive in the early hours of the morning. The sensible people had windproof jackets and flat comfortable shoes. It was a long walk from the ferry terminal to the temporary bus stops around the CBD (necessary as the main roads were still closed in the center for party revelers).

Next time I might try to get a room at the YHA Rocks, which has a rooftop terrace, next to the Sydney Harbor Bridge, overlooking the Opera House..

Posted by Tom Worthington at 4:54 PM