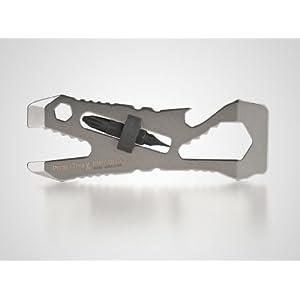 Previously I carried a Multitool

for repairing computer equipment. Airline security regulations now prohibit carrying many Sharp Objects and Tools on an airliner. Are there any multi-tools which would be okay to carry?

The US Transport Security Administration (TSA) prohibit most items with a blade, including knives and box cutters, but scissors of less than four inches are permitted. However, the Australian Civil Aviation Safety Authory (CASA) prohibits scissors and tools such as chisels. 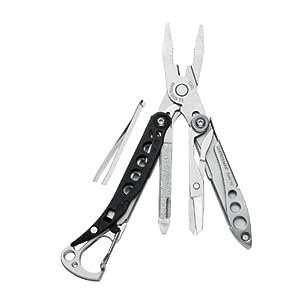 The more restrictive CASA regulations appear to permit screwdrivers and pliers. So a multi-tool which did not have a knife blade, scissors or a saw blade (TSA bans them) may be okay.

Amazon.com lists some products claimed to be TSA Compliant Multi-Tools

. These include the Leatherman 831488 Style PS Multi-Tool

and the PocketToolX PIRANHA Pocket Tool

. But the Leatherman has scissors and the Piranha a sharp looking screwdriver, which might not pass an Australian inspection.

Such a multi-tool might double as a Car Escape Tool

. These have a sheathed blade for cutting the seat belt. The small cutter would be useful for cutting adhesive tape and wire stripping. This should present no threat to an aircraft as the very small blade is enclosed, so it could not be used to injure a person. The escape tools also have a and metal knob for breaking a toughened glass car window. Aircraft windows are not make of toughened glass, so the tool could not break them. 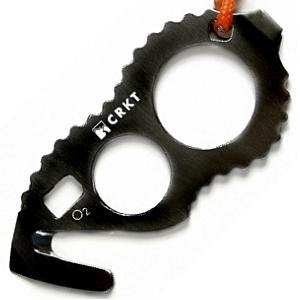 Apart from meeting the letter of regulations, the multi-tool needs to look non-threating so that airport inspectors will allow it through. As an example, the McGowan Extrik-8-R Black Seat Belt Cutter

looks a little too much like a knuckle duster to make an inspector comfortable. 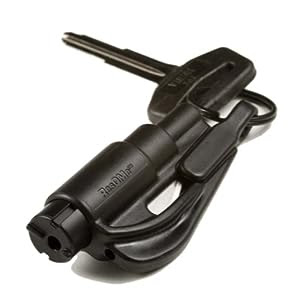 may attract suspicion, as this a spring-loaded mechanism.

What might be less threatening is a tool which looks like a pair of pliers, with the extra tool items visible. An alternative would be a credit card sized unit with the seat belt cutter blade only a few mm long.
Posted by Tom Worthington at 9:44 AM