Sydney to Melbourne by Train 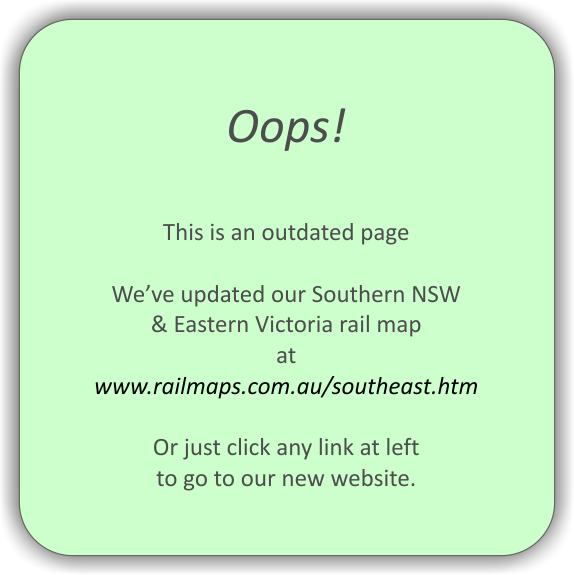 As I was going to Melbourne to talk at a Green ICT Conference, I thought I should take the low carbon approach. So I booked on the Countrylink XPT train, travelling on the daylight service 24 November 2008. At just under twelve hours this is not viable for business travel, but it is a worthwhile holiday trip for those not in a hurry.

The first few hours of the trip are interesting, through the suburbs of Sydney and the countryside. After Goulburn it gets a bit dull, looking like the same countryside is repeated for the next six hours or so. The last couple of hours coming into Melbourne become interesting again. This trip is worth doing once for those who want to see some of Australia.

The XPT trains have been refurbished and are very clean, tidy and comfortable. The refurbishment doesn't appear to have changed the interior decor and the train has a retro sixties look about it. The train has a muted blue/grey colour scheme which should wear well (but some of the shades of blue used do not seem to match).

The suspension on the XPT is excellent and it appears to float over the bumps in the suburban track. Between the outskirts of Sydney and Goulburn much of the track has had the wooden sleepers replaced with concrete ones and the ride is so smooth as to be surreal, as a result. The train feels as if it could go 50 km/h faster.

The economy class seats on the XPT are of a generous size, but I thought the padding a little hard. The new cloth seat covers do not appear to have been well fitted and there is already some fraying of the material around the edges and this is likely to need to be redone within a couple of years. One of the seat-back trays flipped down and an angle so contents tended to slide into my lap. The reading lights worked and the gold reflective coating on the windows was very good at keeping the harsh sun out.

The toilets are clean and well designed. The new stick on labels are starting to peel and need to be replaced with more robust ones. The labels on the luggage racks also seemed to be wearing off.

The service on the train is good, with clear announcements and helpful staff. Service at the buffet car is good. There was a special with "real" coffee in coffee bags (like tea bags). This was not up to the standard of the filter drip on the French TGV, but acceptable and much better than instant coffee. The staff went to a lot of trouble to have passengers reuse the cardboard trays the food was supplied on. The result was one tray would last a passenger the whole trip instead of one for each meal, saving a lot of cardboard and garbage disposal.

One of the delights of the trip is leaving from the interstate hall of Sydney Central Station. Melbourne Southern Cross also has a dramatic sense of arrival. There are brief stops at well maintained little old stations in between. The train was only about one quarter full at the start, but a surprising number of people got on and off at the intermediate stations. The train provides a useful transport service for rural NSW.

There was track work being carried out all along the route to replace the sleepers. This slowed the train down, but should greatly improve the ride, and perhaps speed up the trip, when finished. In the November issue of Railway Digest, Phillip Laird proposed removing some of the tight curves in the track between Sydney and Goulburn. He claimed this would save 1340 litres of fuel for the average freight train and reduce the trip time by 105 minutes. All of the upgrades would cost $1,827M, would appear to be a good public investment. This would also improve the XPT trip. While the Sydney - Melbourne trip would still be too long for business purposes, this and some minor improvements on the Goulburn - Canberra track would make the Sydney - Canberra trip under three hours and competitive with airlines.

Previously I have been Brisbane to Sydney by XPT, as well as other train trips.
Posted by Tom Worthington at 11:46 AM


Its a great SHAME that Country link trains Sydney to Melbourne Australia have maximum speed of 160kilometers an hour, taking 12 hours with delays because of track works.

Germany's ICE high-speed rail network has a connection to Paris. But the critically acclaimed German train, which has become an export succcess, is only able to travel at high speeds once it crosses the border into France.


This train is amazing: It travels faster than any Porsche, and does so without producing any emissions whatsoever. It races through the Westerwald, a large forest in western Germany, at a speed of 300 kilometers an hour (186 mph), and it travels at 350 kilometers an hour (218 mph) in Spain. It understands the rail signal codes of six countries -- now including that of France.

Paris to Geneva in 3 hours 45 minutes.

Why are we left behind ?

The Government in Australia saves its budget expenses instead of providing facilities to its citizens.