The emergence of the Australian Intelligence Community 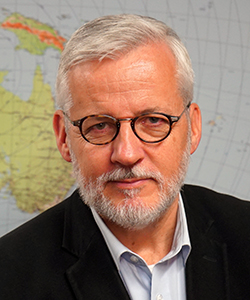 Dr Blaxland pointed out that Australia has a divide between intelligence and police forces, unlike Canada and the USA. Much of this is familiar from history books (and the Wikipedia). One aspect I was not aware of is that University of Sydney provided code-breaking during WW2. This function was transferred to what became the Defence Signals Directorate (DSD), which has recently been renamed the Australian Signals Directorate.

One point which needs to be corrected in Dr Blaxlan's talk was when he said the Australian WW2 intelligence units were doing things "Ian Flemming could only dream of", it appears he is only familiar with Flemming as the author of James Bond books. But Flemming worked for the British Naval Intelligence during WW2.

This presentation is held in conjunction with the . Dr John Blaxland provides a century-spanning reflection on how the Australian Intelligence Community emerged and how it works. The talk covers the origins of intelligence and security in the early parts of the twentieth century and traces the rapid expansion of intelligence and security organisations during the Second World War -- all of which set the scene for the post war intelligence arrangements. Those post-war arrangements saw a number of organisations working in separate locations, answerable to different authorities and working to different priorities. It wasn’t until the momentum for reform gathered pace in the mid 1970s that they underwent a metamorphosis into what emerged as the Australian Intelligence Community. If you want to have a clear understanding of how the Australian Intelligence Community functions and how it came to be that way, this is the talk for you.

Posted by Tom Worthington at 6:01 PM