Human Error in the Health System

Greetings from the Australian National University in Canberra, where former Royal Australian Air Force test pilot, Robyn Clay-Williams (UNSW Centre for Clinical Governance Research in Health) is peaking on "Human Error in Complex Systems". Robyn asserted that error is part of human behavior which has to be managed, not just an aberration. Using the "Invisible Gorilla Test", she demonstrated the effects of situational awareness (or its opposite "Inattentional blindness"). When an individual concentrates on part of a task they have a loss of awareness of other aspects. In the "Invisible Gorilla Test" subjects are asked to concentrate on one team in a video of a basketball game. About 25% of subjects then fail to notice a person dressed in a gorilla suit walk into the middle of the game, stop, wave to the audience and walk off. Analogously airline pilots who concentrate on an instrument malfunction can fly into the ground due to inattention, as happened with Eastern Air Lines Flight 401. Flight crews are now trained to allocate tasks so that one will keep the plane flying, while another tries to solve the instrument problem. Also the air crew are trained to say aloud what they are doing with standard terminology and for junior staff to question the actions of their superiors.

One of the lessons from air accident investigation is that most accidents occur from honest hardworking people making a mistake. Simply finding someone to blame does not reduce the accidents in the future. Instead the accident needs to be looked at from the point of view of the team of people involved and what they perceive.

It occurs to me one example of what not to do are the recent royal commissions into Australian bush-fires.

Robyn pointed out that if there are pressures on staff they will tend to work outside the normal safe operating environment, this can result in very unsafe practices creeping into common use.

At discussion time we got on to the different philosophies of aircraft control between Boeing and Airbus: Boeing gives ultimate control of the aircraft to the pilot, whereas Airbus has computer controlled limits which the pilot cannot override. A local example is the room at ANU used for the talk, which has a bright yellow power switch installed at the instance of the computer scientists, whereas other rooms have the computer system in complete control of room functions. 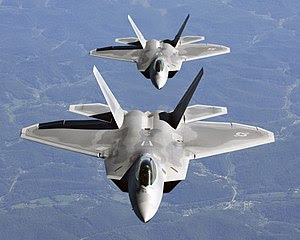 While attempting its first overseas deployment to the Kadena Air Base in Okinawa, Japan, on February 11, 2007, a group of six Raptors flying from Hickam AFB experienced multiple computer crashes coincident with their crossing of the 180th meridian of longitude (the International Date Line). The computer failures included at least navigation (completely lost) and communication. The planes were able to return to Hawaii by following their tankers in good weather. The error was fixed within 48 hours and the F-22s continued their journey to Kadena. ...
From: F-22 Raptor, Wikipedia, 10 March 2007

, Safety and Ethics in Healthcare: A Guide to Getting It Right