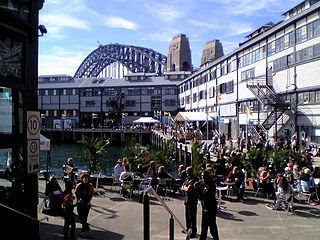 The 2012 Sydney Writers’ Festival is being held at Piers 2/3 and 4/5, Walsh Bay, Sydney. The easiest way to get to the festival is to walk from Circular Quay along the foreshore, past The Rocks and under the south pylon of the Sydney Harbor Bridge.

The two finger wharfs are joined by a link building with cafes and restaurants (there are more places to eat in the wharfs). The prime spot is a deck chair half way between the two piers, overlooking the "green room", where you can do some celebrity spotting. 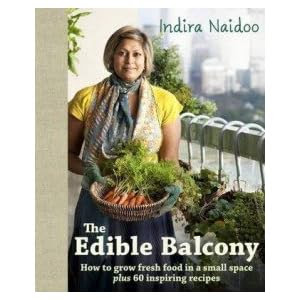 There are volunteers roaming the area handing out programs. Many of the events are free. There is also a bookstore to browse and writers to talk to. I talked to Indira Naidoo about her book "The Edible Balcony

", unlike other authors she was also handing out samples of the tasty pesto made with ingredients grown on her balcony (more in the Blog, "Saucy Onion").

The reason for visiting the writer festival today, apart from soaking up the atmosphere, was to attend "Old Scrags and Other Sheilas", featuring authors Susan Johnson, Kerry Greenwood and P.A. O’Reilly, with Kerryn Goldsworthy chairing. The authors discussed their female characters, particularly Loretta Boskovic in The Fine Colour of Rust (P.A. O’Reilly’s ) and Kerry Greenwood's Phyrne Fisher. They discussed the problem of being a female author who gets pushed into either having to write male characters or being pushed into "chick lit".

Kerry Greenwood mentioned that a new series of the TV adaption of Phyrne Fisher is to be made, that the actor selected for the role deliberately had an older appearance. She also commented that the Unresolved Sexual Tension (UST: a term from the X-Files), with Detective Inspector 'Jack' Robinson will be maintained. Kerry Greenwood will be appearing at the Sydney Writers’ Festival again, tomorrow, Sunday, May 20 2012 2:30 PM to 3:30 PM. As well as hare Phryne Fisher Series

include the Corinna Chapman Mysteries