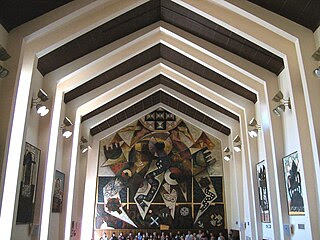 Professor Ian Young spoke first. He mentioned that leaders need to cope with the fact that what they say me blogged a few minutes later, so I had better post this. ;-)

Senator Brown started by saying he had stayed at ANU University House over ten years, when visiting Canberra and so feels at home. He said he did not set out to be a "leader" and that it needs to be kept in mind that leaders are ordinary mortals. He recounted the difficulties which leaders have in relating to large numbers of people and suggested a little humor helps.

Senator Brown suggested leaders need to also enjoy themselves and recounted how he became an environmental activist after rafting down the Franklin River. As a doctor he pointed out that much illness is caused by stress and the natural environment can reduce stress and directly improve health. He urged everyone to have the courage to think beyond commercial materialism, reduce arms spending and improve health in developing nations.

Senator Brown reminded the students that there are many challenges in the world but that they could not solve all the world's problems at once. He related meeting David Hackworth in Hobart who urged immediate action on nuclear disarmament. Rather than rushing out to action, the Senator's response was to go home and read a book (the senator described David Hackworth as a former US Marine, but the wikipedia lists him as being an army paratroop).

Dr. Christine Fejo-King discussed her childhood in an aboriginal community and how her elders made her go to school. She pointed out that for her English was a language she had to learn (from audio tapes), this not being her first language and not the language spoken at home. This is an interesting point with the Australian Government funding of OLPC computers for students in remote communities. Part of the benefit of that may be in teaching English.

Dr. Fejo-King discussed the difficulties caused by the government intervention, which took control of money out of the hands of aboriginal people. She related how non-government networks of people were able to provide support over the Christmas period to relieve the suffering caused by the government policy. She related how being a leader required doing things which you may not be comfortable with, such as public speaking.

Dr. Chris Peters commented how he most enjoys his current role on the ACT & Region Chamber of Commerce & Industry because of its local focus. He related the stresses of travel in a national position: waking up in a hotel and having no idea where he was (it was Beijing).

Dr. Peters discussed support for the community after the Canberra 2003 brushfires. The voluntary community organizations and charities had difficulty coordinating their efforts. He argued that as this was an disaster, it required a new more coordinated approach. That is something I don't agree with: disaster management needs to be planned and practiced in advance.

At question time I asked the panel to what extent leadership skills could be learned through formal courses, such as those run by ANU and how much was about experience. Senator Brown responded that leadership required "Having a go". Dr. Peters responded that leadership was mostly about experience and only a little about formal training. In answer to the next question Dr. Brown commented that a good skill he acquired as a medical student, was how to listen.
Posted by Tom Worthington at 3:14 PM