The Logic of Global Warming 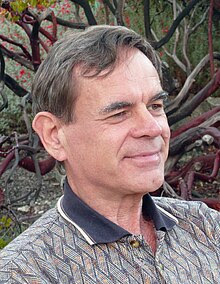 Vaughan Pratt, Emeritus Professor (Stanford University) will talk on "The Logic of Global Warming" at the Australian National University, 23 June 2011. Professor Pratt is a graduate of the University of Sydney and recorded on their Hall of Fame.

The Logic of Global Warming

ABSTRACT:
When averaged over anything less than a decade, Earth's surface temperature is difficult to predict. Beyond that however, only three significant contributors to surface temperature are apparent from the global temperature record of the past 160 years, namely two ocean oscillations of apparently long standing, and the quite recent influence of greenhouse gases of human origin. I'll discuss approaches to estimating these including the robustness of such estimates and also look briefly at the more minor contributors to long term global temperature. The talk will be pertinent to Climatologists, Physicists, Engineers and Computer Scientists with an interest in global warming.

BIO:
Vaughan Pratt is an emeritus professor of Computer Science at Stanford University and historically interested in a large number of areas of the subject - architecture, algorithms, languages, systems and particularly the application of mathematics. More details of his achievements are available though Wikipedia. He will be visiting CECS for the week of 20-24 June.

Posted by Tom Worthington at 3:21 PM