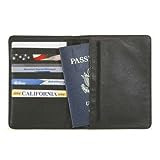 , but it is not clear how effective these are.

The National Australia Bank (NAB) and Commonwealth Bank have distributed Visa payWave cards which use contact-less Near_Field_Communication. For small payments of up to $100, the card is simply held within a few cm of the merchant's device to make a payment. No signature, PIN or keypress is required. This will be particularly useful in situations like public transport fares and the Victorian, WA and Queensland transit tickets use simialr technology.

According to reports, millions of these cards have now been issued in Austrlaia. Some may be worried about the security of the system, with the risk that private data can be read by someone passing with a reader, or that unauthorised payments could be made. The cards are designed to transmit data only a few cm, but the risk remains. There is also the possibility that a terrorist could design an Improvised Explosive Device (IED bomb) to target those carrying the cards, triggered by the signal of a particular card, type of card, or any card.

Posted by Tom Worthington at 10:27 AM