Getting a Second Life 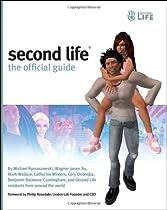 After commenting on Kathryn Greenhill's talk on Second Life, I thought I should try it for myself. The registration process is much like other online services.

One difference is that you can't use you real name. You can enter your own first name, but then have to select from a limited set list of surnames. This may be to allow free reign to your imagination by using a pseudonym, but must be insulting for people from cultures where the offered names don't match what their names look like. I picked a name at random and then worried it may have some hidden meaning.

Second Life uses an optional step to register you with a payment system (I used my PayPal account). This seems to be to help authenticate the identity of the person, as well as allow you to pay for items in the system.

Then cam download the Second Life client for the computer. This is about 30 mbytes. It is downloading at 15 kbytes per second using the NLA's wireless connection. This raises the issue of access for those with limited bandwidth. I felt a little guilty about using up the NLA's bandwidth this way. But they did host a talk advocating Second Life for use by library patrons, so what can they expect. ;-)

When I tried to connect to second life I was unable to. It may be using ports which are blocked on the library connection.

Also I did a quick search on "second life" for the blind and came up with about half a million items, the first of which was about a class action for discrimination. Also I noticed discussion of a mobile hpne interface. This could use the same technology as an accessible interface.

From my home office I was able to start second life using my iBurst wireless connection. It worked fine on a 256/64 kbps link.

Your avatar starts on an orientation island where you have to complete a tutorial on basic use of the system, before you are allowed into the rest of the system. After completing one task (holding a "torch") the system froze and at that point I gave up.

This is not an extensive use of the system, but even after a few minutes I didn't like it much. If this were a conventional computer application the length and complexity of the tutorial needed before starting using the application would be unacceptable.

For those who like such games this may be a fun way to interact online, and they may find it natural, but I found it a very limiting and clumsy interface. I kept wondering why can't I have a plan view so I can simply click where I want to go? Why do these people have their names floating above the heads, that is not very realistic.

The blurry 3D graphics and spurious animation in the system made me feel queasy, but it was a lot easier to look at on my own screen than on the large screen in the NLA theater. Even so this seemed an uncomfortable way to interact with people and services online.

If Second Life become a long term success, then libraries and other organizations will need to have a presence there. However, they should ensure that the services they provide there are available with alternative interfaces for those who are unable or unwilling to use Second Life.

Work needs to be done on alternative more efficient interfaces for such systems. For those who ask "why is an alternative interface needed?" or "why bother building an interface for a few poor blind people?", consider the mobile market. In much of the Asian region the usual interface to online systems is not a desktop computer but a mobile phone. The interface for Second Life would need extensive changes for this environment.

Posted by Tom Worthington at 3:21 PM