Folding Bicycles In Sydney and Online 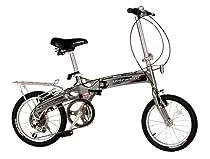 Cell Bikes has a shop in Sydney selling folding bicycles (also by mail order). As well as some Dahon models, they have their own "Cell" brand folders.

The smallest folder from Cell is their Cell 16, a 16" gear-less bicycle featuring a magnesium frame. This appears similar to the Kent Ultra Light Magnesium Compact Folding Bike, but without the Kent's six gears. These bikes are a too small to a large adult like me, although I managed to travel around Beijing on a 16" Dahon for a day .

More practical is the Cell 20" with 6 speeds. This has an aluminum frame which looks very similar to the Dahon Vitesse. There are similar bicycles on sale online, such as the Schwinn Runabout Folding Bike 20". I travelled around Europe with a 20" Dahon.

The Cell folding bicycles are around half the price of the Dahon units (which are already cheap compared to other bands of folding bicycles). The Cell bicycles lack some accessories, such as carriers and mudguards and you don't get Dahon's warranty. But you could buy a lot of accessories and repairs with the savings. 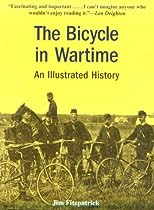 Similar folding bicycles are also available on-line via Amazon from various suppliers. So I set up my own Amazon folding bike store. Also I found some Books Mentioning Folding Bicycles. Folding bicycles were used in the attack on the German nuclear program in World War 2 and Lynette Chiang (and ANU IT graduate) wrote a book about riding a folding bicycle around Cuba.
Posted by Tom Worthington at 3:40 PM