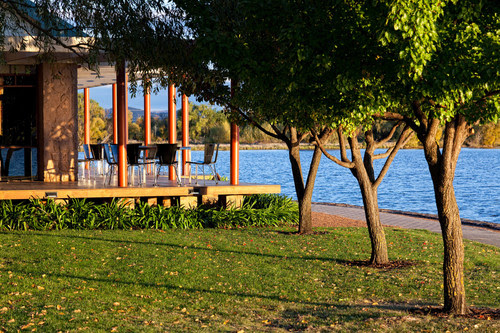 Greetings from the BoatHouse by the Lake in Canberra, where the winners of this years Innovation ACT have just been announced. This followed the pitch night on Wednesday.

The winners were:
There will be a workshop on 22 November 2014 on what is needed for innovation in Canberra.

Also there was mention of a new China Australia Innovation center at Kingston in Canberra, but I have seen any formal announcement of this.
Posted by Tom Worthington at 8:37 PM