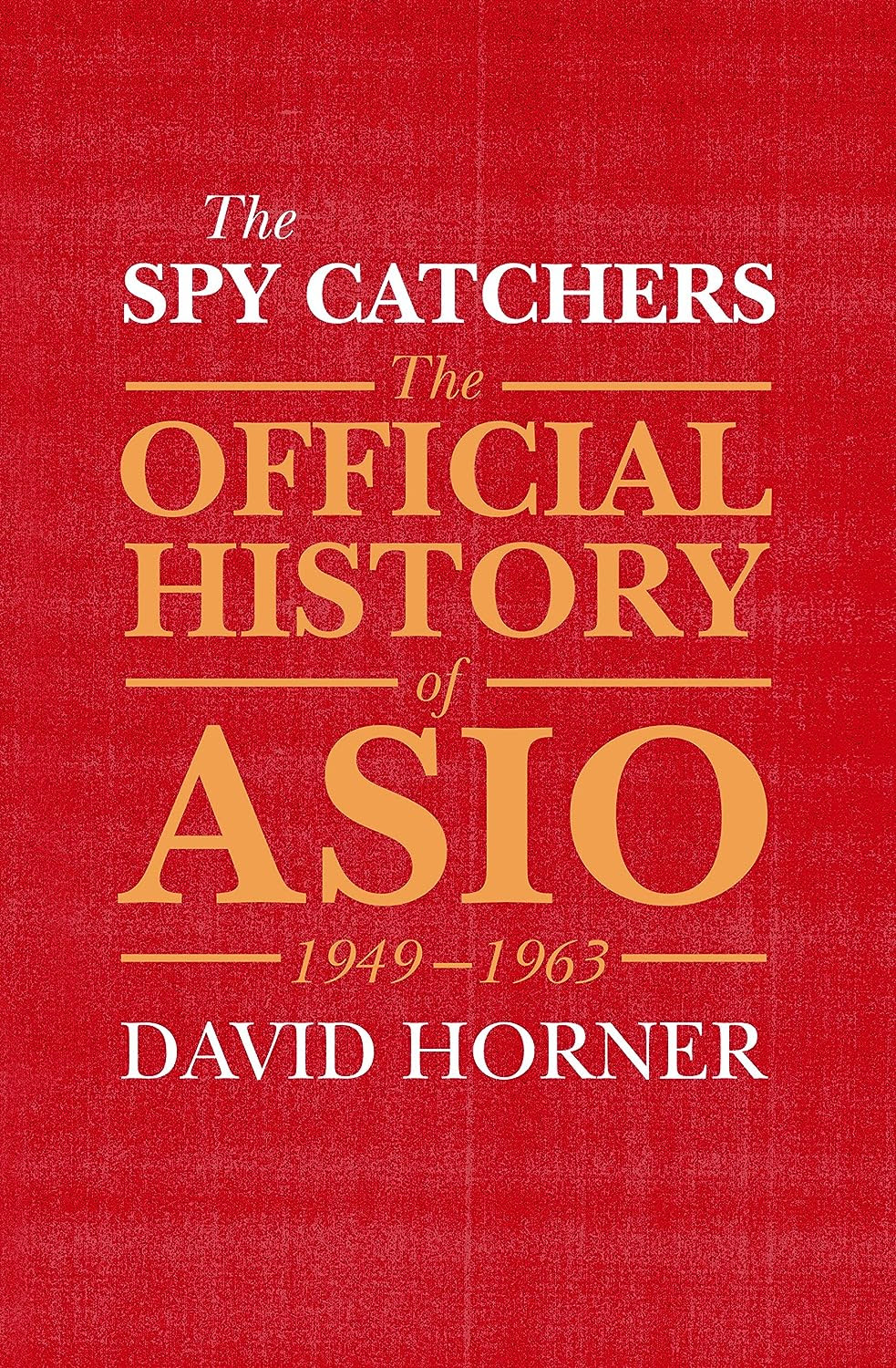 Greetings from the Australian National University in Canberra, where Professor David Horner is talking on writing of "Spy Catchers: Official History of ASIO 1949-1963

". He explained that this was the result of a government tender, but the book was written independently by university scholars and able to include the names of former ASIO officers (with their permission). Two more volumes are in production, the last to be released in 2015.

The release of the history is timely with the issue of national security and political freedom being publicly debated. The Australian Security Intelligence Organisation (ASIO) was set up to combat the threat of soviet communism (specifically spying on UK and Australian government revealed by the Venona project). However, ASIO assumed that anyone with communist political views was a threat to national security. This has resulted in some amusing reading with the release of ASIO files on now respectable citizens who held radical (bit mostly harmless) political views during their university student days.

There were real communist spies in government agencies and for senior members of the Australian Labour Party (ALP). As Professor Horner pointed out, the exposure of these spies were seen by some in the ALP as politically motived and poisoned the relationship between ASIO and the ALP for decades.

At question time one of the audience explained that their father was a Russian spy  who worked in the Australian government and was ordered by the KGB to undermine the Australian war effort during WW2, when the USSR was allied with Germany. The questioner then asked if the psychopathology of those who take up causes such as spies should be a matter for medical research, not intelligence.

Professor Horner commented that some former ASIO agents were reluctant to be named in the books, but after hearing their collogues would be mentioned also wanted to be mentioned.

Professor Horner  said that two mistakes which ASIO made were to investigate every communist (however irrelivant) and to exceed their authority by taking direct action. ASIO's job was (and is) to collect information which is then acted on by government and the police force.

ps: ANU has also been recently used as the set for the ABC TV series "The Code" and a fictional "Cyber Crime Unit".
Posted by Tom Worthington at 6:19 PM