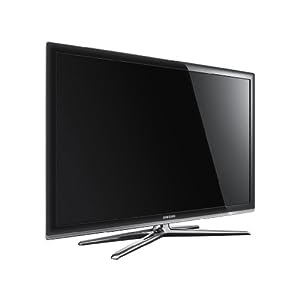 in the Westfield Belconnen shopping centre, Canberra. The results were disappointing, with the images looking like a series of stacked 2D cardboard cut-outs, rather than genuine 3D images.

The Samsung glasses needed for 3D were reasonably comfortable, fitting over my prescription spectacles. The material provided demonstration was the usual scenery, tropical fish and football. Usually I have difficulty with 3D displays, being unable to align the two images and experiencing nausea. I did not have and difficulty with the Samsung system (although it was a short demonstration).

If 3D was a low cost extra for the TV (perhaps $50 for a couple of sets of glasses) then it might be a worthwhile to use with the limited amount of 3D content available.

The Samsung sets have some other interesting features, such as LED back lighting, which increases contrast and reduces energy consumption and some Internet access (Sykpe and something called Internet@TV). These are likely to be of much more lasting value than the 3D gimmick.
Posted by Tom Worthington at 11:56 AM