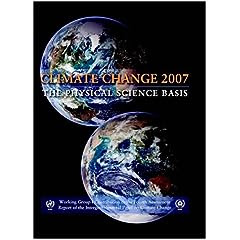 The Intergovernmental Panel on Climate Change (IPCC) and Albert Arnold "Al" Gore Jr. have won the Nobel Peace Prize 2007, "for their efforts to build up and disseminate greater knowledge about man-made climate change, and to lay the foundations for the measures that are needed to counteract such change".

IPCC members such as Dr Rajendra K Pachauri, have done much hard work over many years to bring climate change to world attention. It seems odd that they all have to share half the prize with Al Gore, who produced little more than the Powerpoint presentation of an "An Inconvenient Truth" (and DVD). However, Mr. Gore's presentation probably had more effect on public opinion than all of the experts on the IPCC, as the Nobel committee notes: 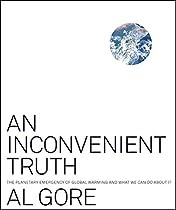 ... Through the scientific reports it has issued over the past two decades, the IPCC has created an ever-broader informed consensus about the connection between human activities and global warming. Thousands of scientists and officials from over one hundred countries have collaborated to achieve greater certainty as to the scale of the warming. Whereas in the 1980s global warming seemed to be merely an interesting hypothesis, the 1990s produced firmer evidence in its support. In the last few years, the connections have become even clearer and the consequences still more apparent.

Al Gore has for a long time been one of the world's leading environmentalist politicians. He became aware at an early stage of the climatic challenges the world is facing. His strong commitment, reflected in political activity, lectures, films and books, has strengthened the struggle against climate change. He is probably the single individual who has done most to create greater worldwide understanding of the measures that need to be adopted...

Some books available on the topic:

Posted by Tom Worthington at 7:25 PM