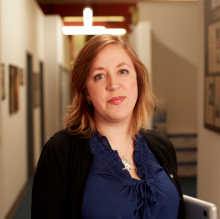 Jillian York, Director of International Freedom of Expression for the Electronic Frontier Foundation (EFF), is speaking on a panel "Unfriended? Social Media and Government Censorship in Times of Violence" at the Australian National University in Canberra.

One comment from the panel was that Islamic State of Iraq and the Levant (ISIL),are sophisticated Internet users, including pictures of kittens posed alongside weapons to promote their campaign. The problem for the Iraqi government is that they have made use of the state media for partisan purposes and so not in a position to appear credible online.

Another panellist commented that Facebook in particular to inflame sectarian violence in Myanmar, but also to counter it. They advocated the Myanmar government censoring the Internet.

One panellist pointed out India limited users to five SMS messages per day during times of communal tension.

What I found curious was that all the panellists treated the Internet as a given fixed thing. In fact the Internet was something which was invented and is being modified continuously. Perhaps the question should be under what circumstances the government can censor citizens communication. With the increasing convergence of communications there is a risk that all communication could be monitored and censored by government. Also as one panellist mentioned, there is censorship by companies acting on what they believe to be local laws and customs.

It would be feasible to build a national communications system which would filter what each citizen sees and hears on their computer, telephone, TV and newspaper, but would this be a good idea? In effect the government, or a company, could impose what is effectively what is electronic house arrest on every citizen, all the time.

One panellist  pointed out that a minority of citizens in developed nations have access to the Internet and so are cut off from its benefits, even before censorship.


Do governments ever have the right to cut off or censor internet access? What about in times of civil unrest? Do companies have an obligation to work with governments in such situations, or an obligation to refuse? In a region regularly beset by communal violence and political unrest, but with some of the fastest growing populations of internet users in the world, the rights and responsibilities of companies such as twitter, facebook and youtube are not clear-cut. Last month, for example, Thailand’s newest government ordered facebook to be temporarily shut down amid a wave of protests, blunting the tools of pro-democracy campaigners. But in Iraq, the government recently shifted a 17-day social media ban imposed to disrupt brutal media offensives initiated by armed militants sweeping towards Baghdad. In Papua New Guinea, meanwhile, recent unrest has seen several government members argue that access to the internet should be cut off to avoid rumour, gossip and violence.

Join us for a panel discussion on the complex rights and responsibilities of internet companies on Tuesday 22 July, featuring Jillian York, Director of International Freedom of Expression for the Electronic Frontier Foundation. Other panel participants include: Dr Nicholas Farrelly and Usman Hamid Abdul of the Department of Political and Social Change; Jacky Sutton, of the Centre for Arab and Islamic Studies; and Dr Sarah Logan, of State, Society and Governance in Melanesia.

Posted by Tom Worthington at 1:42 PM