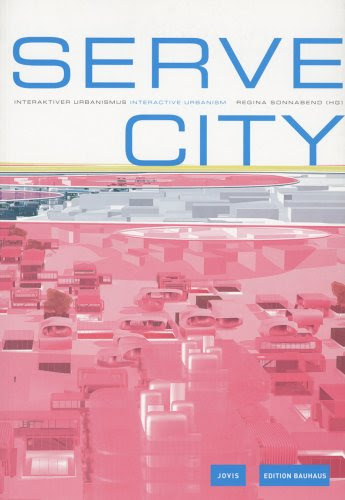 The NSW government is planning to redevelop industrial land around the harbour in Sydney with the "Bays Precinct Urban Renewal Program". This includes 80 hectares of Government owned land, the White Bay Power Station, Glebe Island, White Bay, Rozelle Bay, Rozelle Rail Yards and Blackwattle Bay and the Sydney Fish Markets.  A two day by-invitation summit on this will be held in Sydney on 19 to 20 November 2014 and workshops for the public in February 2015.

In 2002 students and staff from the "new" Bauhaus Dessau visited Sydney and undertook a planning exercise for the city foreshore. They were interested in the role of computers and telecommunications on the city, so I gave them a talk on Canberra's fibre optic broadband system: "Canberra: Encircled by Light". The results of the Bauhaus study were published in 2003, as the book "Serve City: Interactive urbanism

" by Neil Leach, Wilfried Hackenbroich and Regina Sonnabend, available in the libraries of the University of Sydney and Western Sydney and from Amazon.com.".  The effect of ICT on city design and innovation industries is even more important today.
Posted by Tom Worthington at 10:06 AM

I should think that the Sydney Harbour area is actually pretty well built up as it is, but it'd be nice to see the existing facilities upgraded and maintained better. Hopefully this initiative will do that.

Land redevelopment and technology – it is an interesting and underrated combination. Technology is very important nowadays especially that almost all processes and daily of activities of individuals is connected to it, one way or another. That is why whenever there is redevelopment or a simple renovation, it is always good to plan ahead and incorporate technology. This is what happened at the storage facility when we undertook a major renovation. Although the cost outlay was huge at the start, the technology we foreseen installed helped us save a lot of money in the long run.