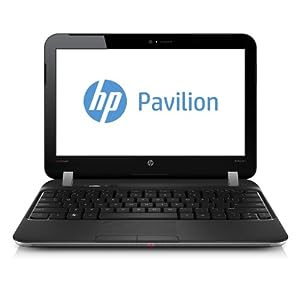 The episode of TV series "Doctor Who" broadcast in Australia last night featured a HP Pavilion DM1-4000 series laptop. The plot of "The Bells of Saint John" centers around WiFi being used to hack into home computers and then download the mind of the computer user (the latter is fanciful, but the former a real risk).

he Doctor's companion Clara, uses the laptop to locate where the WiFi hack was being coordinated from, by using information the staff have posted to social media. While the speed with which this was done is hard to believe, the technique itself is real. US computer security company Mandiant released a report in February, where they located a building in Shanghai from which the PLA's Cyberwarfare Unit 61398 was alleged to conduct hacking attacks.

It will be interesting to see if any political theorists conduct an analysis of the TV show. During the cold war US depictions of invading aliens were seen as a metaphor for the communist threat. This fictional depiction of aliens attacking western minds could be seen as a warning.

The HP Pavilion dm1-4000 Series is a low cost 11.6 inch screen laptop. I have found it useful to carry around. Like my unit, the one used on Doctor Who appears to have had the stickers removed and the shiny bezel around the screen painted mat black.

Posted by Tom Worthington at 9:07 AM