The Australian Computer Society (ACS) have released a new logo and website. 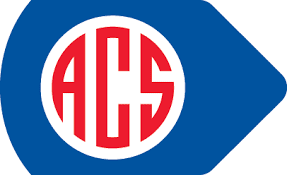 The old ACS logo was based on the bullet shaped symbol for a Visual Display Unit (VDU) on a flowchart. Today's IT professionals would not recognize the symbol and it looks old fashioned. I jokingly suggested ACS should replace the VDU with a mobile phone to bring the image up to date. Instead ACS appear to have respected history, by rotating the symbol 90 degrees clockwise and giving it a 3d effect and bolder lettering. The new logo is also reminiscent of a police badge, which is appropriate for an organization which charges its members to uphold the public interest in cyberspace.

ACS has similarly implemented a simpler, bolder web design, with less text and fewer options (for comparison, here is the old design of the home page as at 6 July 2012). However, there is still room for improvement. The W3C Markup Validation Service reported 17 HTML errors on the home page. The W3C mobileOK Checker scored the page at 32 out of 100 for Mobile compatibility. A TAW Web Content Accessibility Guidelines (Version 2 Level Double A) automated test reported 8 Problems. None of these problems are difficult to fix and I expect will be rectified shortly.

Posted by Tom Worthington at 3:19 PM

The Australian Computer Society (ACS) released a new website in mid June, with a simpler, bolder design. However, as a result of rationalizing the content on the site, thousands of links from my website to ACS no longer work. Many of these links are to material which is no longer current, so I have replacement them to the archived copy in the Internet Archive, as of 26 April 2006. I selected this date as it is just after the time when I made most of the links. If I select the latest version in the archive, it tends to be just a "Error 404" page. Please let me know if links do not work, or are to the wrong document.