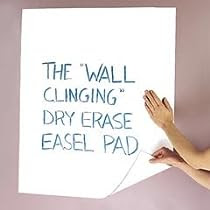 Recently I was part of a government brainstorming session on the future of IT. In place of the usual "butcher's paper", they brought along Write On Cling Sheets. These are sheets of white plastic with a static charge. You press them against a wall and they stick there so you can write on them with a felt tip pen.

The sheets worked reasonably well, but stick to each other when removed and become wrinkled. 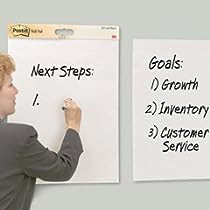 A better idea might be 3M Post-it Self-Stick Easel Wall Pads. These are essentially giant Post-IT notes. Each sheet has the same removable adhesive as a post-it note. They are not erasable, like the cling sheets. But after the cling sheets have been used once they look a but wrinkled and grubby.

One enhancement 3M could make to the wall pads would be to add a serial number to each sheet. That way after a furious brainstorming session it would be possible to work out which idea came where in the sequence and if you had lost any. 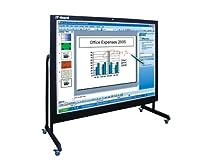 Of course an Interactive whiteboard or 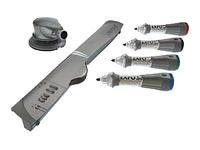 low cost capture device would be useful, but these require power, usually a computer and considerable setting up. Also they will not work in high ambient light and there hi-tech nature can inhibit the free flow of ideas for some people.
Posted by Tom Worthington at 8:40 AM