Yesterday Senator Lundy talked about her experience trying a Blackberry smartphone as part of a trial for members of the Australian Parliament. She commented that this worked better than earlier phones issued but still had limitations. I suggested they look at the new Google Android phones, such as the HTC Magic . Vodafone will be initially selling it in Europe (not yet available in Australia, but I asked HTC for a test unit). 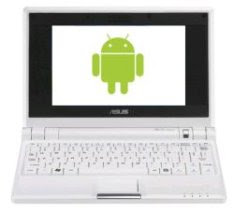 The Senator mentioned that with a workable smartphone she has much less need to turn on her laptop. One possibility is to run the same Android software on the laptop and the phone. Apart from the convenience of the user being able to use the same interface and applications, it would allow for very low power, low cost netbook and nettop computers to be used (under $300).
Posted by Tom Worthington at 8:19 AM