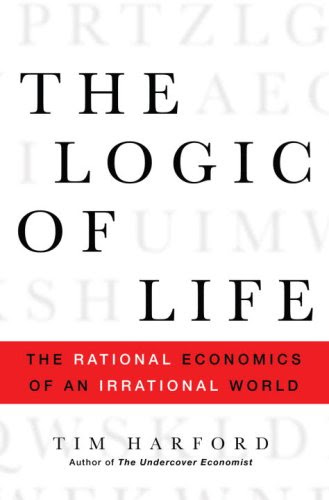 The world is flat is one of those entertaining pop science books which has a theory which can be expressed in one paragraph and then spends several hundred pages on anecdotes in an attempt to convince the reader. It is an entertaining few hundred pages, but not something the reader should take too seriously.

A useful counterpoint is Tim Harford's "The Logic of Life: The Rational Economics of an Irrational World", which argues that the world is "spiky", rather than flat, in the same style:

Life sometimes seems illogical. Individuals do strange things: take drugs, have unprotected sex, mug each other. Love seems irrational, and so does divorce. On a larger scale, life seems no fairer or easier to fathom: Why do some neighborhoods thrive and others become ghettos? Why is racism so persistent? Why is your idiot boss paid a fortune for sitting behind a mahogany altar? Thorny questions–and you might be surprised to hear the answers coming from an economist.

But Tim Harford, award-winning journalist and author of the bestseller The Undercover Economist, likes to spring surprises. In this deftly reasoned book, Harford argues that life is logical after all. Under the surface of everyday insanity, hidden incentives are at work, and Harford shows these incentives emerging in the most unlikely places.

Using tools ranging from animal experiments to supercomputer simulations, an ambitious new breed of economist is trying to unlock the secrets of society. The Logic of Life is the first book to map out the astonishing insights and frustrating blind spots of this new economics in a way that anyone can enjoy.

The Logic of Life presents an X-ray image of human life, stripping away the surface to show us a picture that is revealing, enthralling, and sometimes disturbing. The stories that emerge are not about data or equations but about people: the athlete who survived a shocking murder attempt, the computer geek who beat the hard-bitten poker pros, the economist who defied Henry Kissinger and faked an invasion of Berlin, the king who tried to buy off a revolution.
Once you’ve read this quotable and addictive book, life will never look the same again.

From: The Logic of Life Amazon entry, Amazon.com, 2007

This book should also not be taken too literally. As an example Tim Harford argues that some industries, such as software development, which in theory could be distributed geographically, are highly concentrated. As an example of this he cites Microsoft as having its researchers concentrated in one location in the USA. This is, of course, not correct, as a few minutes web searching would show. As an example Microsoft has research labs in other locations in the USA, in the UK, India and China.

I visited the UK labs and had met the head of Microsoft Research India recently. What stuck me was that the different labs have a different outlook. It is not just a matter of people being able to work online from anywhere, which the flat earth theory suggests, or that concentrations of people are essential (as the spiky theory argues). There is a more complex issue of corporate cultures at work. The people in the labs are part of overlapping cultural and business groupings. How productive such organisations are depends on handling those overlaps.

In reality, the world is a lot more complicated than flat or spiky. Those who live outside the narrow confines of parts of the USA and Europe can see this, simply by looking around them. In 2004 I spent two weeks living in an Indian village, with bullock carts and wireless broadband, very over-crowded rusty buses and advanced military surveillance aircraft, religions which go back to before recorded history and nuns using the web. These only appeared to be contradictions due to my limited view. I find the best source of learning on this is my students who come from Asia and to whom this is normal.
Posted by Tom Worthington at 6:06 PM