Using Moodle live in the classroom

This week I used Moodle for a one day course on "Writing for the Web" with 24 participants in a training room in Australia. It was only after the event that I realized that this may not be the usual way such online course management systems are used and others may benefit from a description of how I did it.

This course was prepared for presentation in a one day in-person workshop. However, it was intended the content could also be adapted for online self paced delivery later. Therefore the Moodle system was used. In addition I needed a web based authoring tool for the students to use for web authoring exercises. While I had planned to use Google Aps for this, it turned out to be easier to use the web editor built into Moodle. This turned out to be useful for use in the classroom. Moodle was used to supplement person to person interaction.

Having been asked to deliver training for local government staff I had to see what content I had available and how it could be delivered. Previously I had run a week long course for 24 museum staff from around the Pacific in Samoa, in 2005.

The course is divided into four sections, each with introductory material, exercises and references. As the participants would not necessarily have access to locally installed software, the emphasis was on the use of tools available via the web.

I adapted material I had prepared for:
The format for the course came from the course in Samoa.

First of all I took the description of what the client had asked for in the course and what materials I had to hand and pasted these into a topic outline of a new Moodle course. I then created each of the four sections of the course, starting with a title. Under each title I then added a paragraph summary and bullet point outline.

Under the outline of each topic I then added a link to an exercise using Moodle's "assignment" resource requiring submission of a text document prepared with the Moodle editor. These were not intended to be assessed, but Moodle system was very useful for me to monitor progress, by seeing how many students had submitted the assignment.

With the assignment and notes done, I then added links to some relevant web based resources. Some of these are documents for the student to read. Others were web based tools to be used.

The classroom was arranged with two rows of desks in a "U" shape. Inside the U was a desk for the presenter and a video projector for the class to see presentations on. Each two students shared a desktop PC and undertook exercises together. In Samoa the students each had a computer of their own, but tended to end up working in groups, with useful mutual support, so one PC per two or three people seems to work well.

The format of each section of the course was that I would present the slides suing the projection screen. At the same time the students were encouraged to follow the notes on their PC. They were welcome to read ahead if they got bored. After some questions they were introduced the exercise, to be done in pairs. The students used the Moodle editor to prepare their responses, along with web based tools and documents in multiple windows. I monitored how many students had completed the exercise and answered queries. When it appeared most were finished we had discussion. 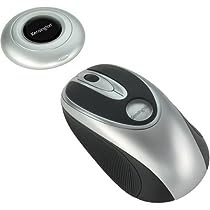 The presenter desk was equipped with a standard keyboard and mouse. To this I added a USB wireless mouse. The mouse was particularly useful as I could hold it in my hand while standing up and use the mouse buttons and scroll wheel to move through a presentation. There are specialist wireless presenter control units, but the wireless mouse is cheap, readily available and easy to work.

Moodle proved to be reliable and response in the classroom environment. The Moodle system was running on a server remote (several hundred kilometers) from the classroom and worked well. There was one database error during the initial startup, but the students didn't notice.

Enrolling students in the Moodle system turned out to be the most difficult part of the process. Rather than use bulk registration I had each student register individually using a secret key for registration. The students logged into their usual workplace account on their corporate computer system in order to be able to receive the message confirming their identity. The problem was than when they then entered the Moodle system it was difficult to find the link needed to enroll in the course.

Using the Moodle system to obtain course material and enter an assignment did not prove difficult for the students (who were all experienced computer users). The students did have difficulty keeping the course open in one browser window and other material in another. The students needed a practice exercise to avoid loosing what they had typed.

What I would do differently

The entire Moodle course content turned out to be a remarkably small 24kbytes. It would have been feasible to have all the slides and notes on the Moodle system as well. It may also have been useful to run a Moodle server on one of the PCs in the classroom, in case of communications problems.

It would seem quite feasible to create a portable classroom system from one laptop running Moodle and communicating with WiFi to low cost web terminals. The student terminals need only a minimal operating system and web browser.

This approach to teaching would seem to have potential for longer and more formal university courses, combining the benefits of computer based and live teaching.

What also could prove useful would be more web based tools specific to the subject topic. As an example tools which would give feedback as to the quality of writing for the web would be useful.
Posted by Tom Worthington at 4:37 PM