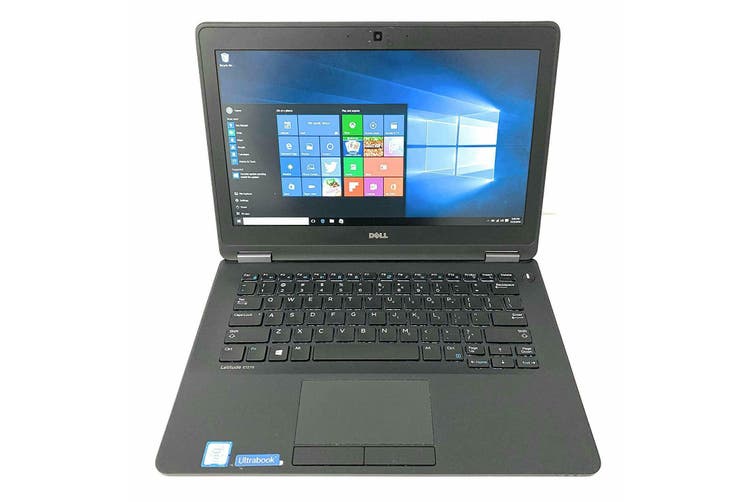 My Acer Aspire E11 was proving too slow for the demands of presenting webinars to students, so I purchased a second hand Dell Latitude E7270. This is a 12.5" laptop, which was a premium product in 2016 and still works well today.

The E7270 is a sleek black rectangle, with plenty of ports (4 x USB, HDMI & Ethernet), an okay mat screen, back-lit keyboard and touch-pad. The case is apparently magnesium, but has a black rubber non-slip finish. This is the mid-to low end model, without the optional touchscreen, fingerprint scanner, or 4G modem (none of which I wanted anyway). The unit is supposed to be moderately rugged, with a spill proof keyboard (but not the track-pad buttons). This could be handy as I destroyed a previous laptop with a cup off coffee in the keyboard, and leaned on the case of one before that, cracking the screen.

I booted the machine and a fresh install of Microsoft Windows 10 came up, but all I used that for was to shrink the Windows partition, to make room for Linux. Dell sell laptops with Ubuntu installed, so I decided on that. One glitch was that with fractional scaling turned on Zoom became very, very, slow on Ubuntu.

However, I found Ubuntu's default desktop environment too different to the Mint Linux I had been using. So I first tried UKUI, to turn it into something more familiar (which looked familiar but did not work so well), before realizing I could simply install the same Mate desktop environment I had used to with Mint.

Buying a refurbished laptop worked out well. I could not browse in stores due to the COVID-19 lock-down, so had to rely on the reputation of the seller.My unit cost about one quarter the new price, refurbished by Australian Computer Traders, and purchased through Kogan. The package arrived on time, looked brand new (with a genuine Dell power supply) and worked straight out of the box. The laptop I got is about twice the speed of a new unit this price, but in a more premium case. Also it makes me feel good to be adding less e-waste to the world.

Posted by Tom Worthington at 11:46 AM